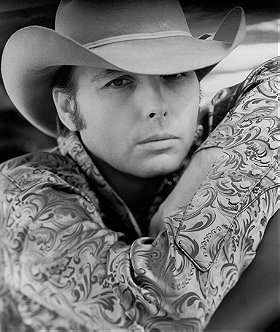 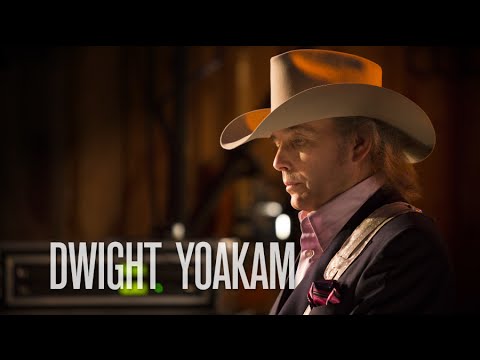 Dwight David Yoakam was born on October 23, 1956 in the coal mining community of Pikeville, Kentucky, to Ruth Ann (Tibbs), a key-punch operator, and David Yoakam, a gas-station owner. Soon after his birth, his family moved to Columbus, Ohio, where he was raised. As part of the Drama Club in his days at Northland High School in Columbus, he acted in school plays. He played Helen Keller's brother in his sophomore year in the school's production of "The Miracle Worker." He followed that his Junior year playing the lead as Charlie in "Flowers for Algernon." He capped off his high school acting career as Richard Bravo in The "Demon Seed." In 1977, Dwight moved to Nashville to pursue a career in music. At the time, Nashville was moving away from the traditional country sound that he was playing. After a brief time there, he moved to California, which was more receptive to the music he was doing. He hooked up with producer/guitar virtuoso Pete Anderson in 1982. That began a musical relationship that became country music's equivalent to rock's Glimmer Twins (Mick Jagger and Keith Richards).

Financial backing to make a high-quality recording came from Dwight's sister and brother-in-law, an insurance check that was meant to fix Dwight's El Camino and money raised from a benefit classical music concert staged by UCLA music professor Dr. Robert Winter. With the EP (extended play) that captured the "Dwight Yoakam sound." In1984, Dwight released the six-song EP "Guitars, Cadillacs, Etc., Etc." on the independent Oak label, and then hit the road with such artists as Los Lobos and Violent Femmes. Playing traditional country music, Dwight gained a following among not only country fans but punk rockers and rockabilly fans as well. This eclectic fan base brought him to the attention of many record labels. Warner Brothers signed him to its newly revived Reprise Record label in 1985. The EP's title and tracks were kept intact and more songs added to make a full album. At the time, country music was in the waning days of its Urban Cowboy (1980) phase, and fans of country were hungry for something "new." This new sound was a return to a more traditional style that had been abandoned when John Travolta put on a cowboy hat. After establishing himself in the music industry, Dwight set his sights on his second love, acting. In 1991 he appeared as a stuntman/country singer in an episode of P.S.I. Luv U (1991). This became the beginning of his professional acting career. In 1992, he appeared on the big screen for the first time in the Nicolas Cage/Dennis Hopper film Red Rock West (1993). In 1993, Dwight released what is considered his masterpiece, the album "This Time." He supported the album with a tour that lasted over a year and covered the world. In 1994, he received his first Grammy for the album's single, "Ain't That Lonely Yet." In 1996, he co-starred in Billy Bob Thornton's film Sling Blade (1996). His work as the evil Doyle Hargraves left audiences speechless and critics hailing his performance.

Dwight was included with the cast who were among the nominees for "Best Cast" by the Screen Actors Guild awards. As the 1990s drew to a close, Dwight proved that his music didn't have to suffer as he pursued more ventures into movies. While filming The Newton Boys (1998), he wrote what many consider his most personal album, "A Long Way Home." All the tracks were written solely by Dwight. He began 1999 with a Grammy win for his contribution to the track "Same Old Train" from the various artists' album "Tribute to Tradition." He then added two new items to his resume: director and screenwriter. In South of Heaven, West of Hell (2000), he not only starred, he made his directorial debut with a screenplay he authored. Dwight Yoakam continues to prove that he is able to successfully have careers in both film and music, without either profession suffering. ... (more) (less)
Tags: Country (2), Musician (2), Male (2), King Of The Hill (1), Born 1956 (1)
My tags:

2. The Very Best of Dwight Yoakam

5. If There Was a Way
View all Dwight Yoakam music (22 more)

Queen of Horror added this to a list 3 years, 3 months ago
Musicians turned Actors! (58 person items)