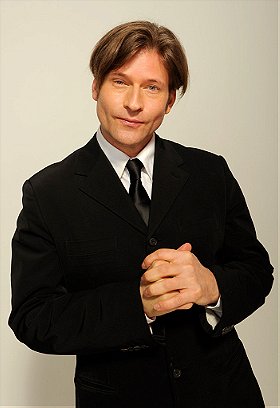 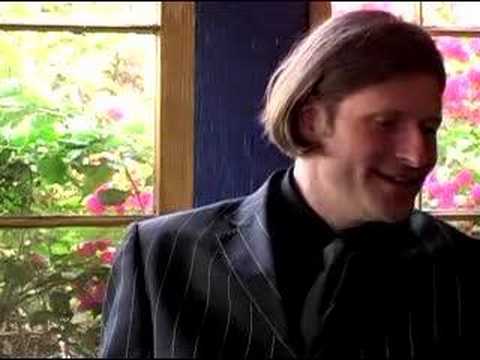 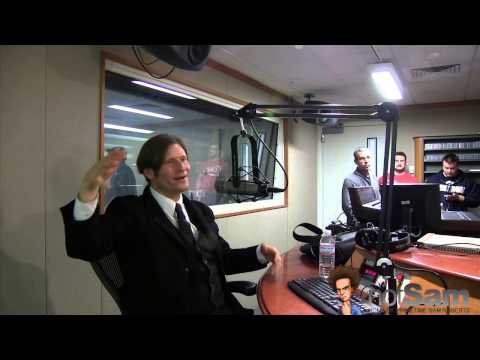 Crispin Glover - Back to the Future Controversy 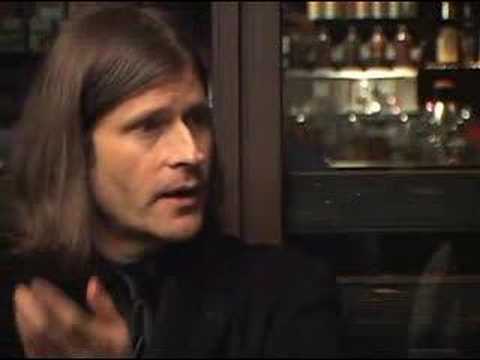 The son of actress and dancer Betty Glover and actor Bruce Glover, Crispin Hellion Glover was born in New York City and raised in Southern California. He was named after the Saint Crispin's Day speech in Shakespeare's Henry V. His middle name, Hellion, was also used by his father. Crispin picked up his father's trade while still in elementary school--by age thirteen, he already had an agent scouting out parts. A lead in a stage production of "The Sound of Music" (starring Florence Henderson) led to guest spots on the TV shows Happy Days (1974), Hill Street Blues (1981) and Family Ties (1982), which in turn led to roles in made-for-TV movies. The adolescent Glover felt "confined" by TV work, however, so he opted to stick to movie parts. He made his big-screen debut in the teen hi-jinx movie in My Tutor (1983), then followed up with a supporting role in Friday the 13th: The Final Chapter (1984).

Glover's most defining Hollywood moment happened the next year, when he appeared as George McFly (Michael J. Fox's father) in the instant classic Back to the Future (1985). The underdog character struck a chord with moviegoers. Oddly enough, the actor delivered one of his favorite performances around the same time--playing a small-town kid obsessed with Olivia Newton-John in the indie The Orkly Kid (1985)--but the smaller film was completely overshadowed by his commercial success. Glover did, however, receive critical praise for his next indie role, a starring turn as a high-strung murder witness in River's Edge (1986). Glover and the producers did not come to a financial agreement for him to reprise the role of George McFly in Back to the Future Part II (1989). The producers brought the character back to life by splicing together archived footage and new scenes (using an actor in prosthetic makeup). Glover, who hadn't given permission for his likeness to be used, sued the film's producer, Steven Spielberg, and won. The case prompted the Screen Actors Guild to devise new regulations about the use of actors' images.

In 1990 Glover teamed up with fellow eccentric David Lynch to play the maniacal Cousin Dell in Wild at Heart (1990). He filled the next decade with similarly quirky, peripheral roles, including a turn as Andy Warhol in The Doors (1991) and a cameo as a train fireman in Jim Jarmusch's Dead Man (1995). His small but memorable appearances in films like What's Eating Gilbert Grape (1993), Even Cowgirls Get the Blues (1993) and The People vs. Larry Flynt (1996) often outshone the main action.

When he's not stealing scenes from Hollywood hotshots, Glover pours his considerable energy into other creative endeavors. He wrote his first book, "Billow Rock", before age 18, and since then he's gone on to create a library of peculiar titles (several of which have been published through his family's Volcanic Eruptions press). Among his most famous volumes are "Rat Catching" and "Oak-Mot", both Victorian-era stories updated with macabre illustrations and cut-up text. In 1989 he released an album of spoken word readings and cover tunes (including a rendition of "These Boots Are Made for Walkin'") entitled "The Big Problem [does not equal] the Solution. The Solution = Let it be."

In 1995 Glover began shooting his directorial debut, What Is It? (2005), a surreal film populated entirely by actors with Down's Syndrome. He tours with the film and its sequel It Is Fine! Everything Is Fine. (2007) and his show, "Crispin Hellion Glover's Big Slide Show," which is a one hour dramatic narration of eight different profusely illustrated books. The artist in Glover has been said to be inspired by "the aesthetic of discomfort," a theme which seems to have been carried over into an artistic public performance on David Letterman's NBC show in 1987, Glover emerged wearing a wig and platform shoes, then delivered a swift kick toward Letterman's head that prompted the producers to cut to a commercial. Late 2000 saw him hitting the multiplex with roles in Nurse Betty (2000) and Charlie's Angels (2000), and the titular Willard (2003). He re-teamed with Back to the Future director Robert Zemeckis as Grendel in Beowulf (2007) and has worked with Johnny Depp for the third time in Tim Burton's Alice in Wonderland (2010). Other Glover projects loom on the not-too-distant horizon. ... (more) (less)
Tags: Actor (13), American (6), Eccentric (4), Born 1964 (3), Back To The Future (2), Charlie's Angels (2), Willard (2), Intelligent (2), Splendid (2), Versatile (2), Male (2), Doesn't Age (1), Never Been A Typical Leading Man (1), Recording Artist (1), Born In 1964 (1), First-rate (1), Rubin And Ed (1), Brunet (1), Stupendous (1)
My tags:

onclelapin posted a image 5 months ago

Leo added this to a list 2 years, 7 months ago
LeBeau's What the Hell Happened? (118 person items)

rose77 added this to a list 3 years, 1 month ago
My Favorite Celebrities in their 50s (124 person items)

lalabellexoxo added this to a list 3 years, 5 months ago
Sexiest Celebrities 2019 (44 person items)

lalabellexoxo added this to a list 3 years, 5 months ago
My Hottest Men In Entertainment List 2016 (373 person items)

whalegaze added this to a list 3 years, 9 months ago
Favorite people (73 person items)

Monstermaster added this to a list 3 years, 10 months ago

"Drake Scorchus/Scorcher: Not a villain in the DA-Verse, although a DA-erse citizen nonetheless - just an extremely confusing one, he is essentially a sidekick character who always seems to have a fascination for dragons and slime to the point that he combines both and makes a monster concept out of it, he loves slime to the point that he gave his own avatar form slime-powers. It seems he loves dragons and dragon-type Pokemon quite a lot. He is often being MCed and possessed, and it also seem"

concatenation added this to a list 4 years, 2 months ago
Good Faces//Man (346 person items)

bluemelody voted for an image 4 years, 4 months ago

Top 10 Actors Who Should Play The Joker (10 movies items)

Exclusive added this to a list 4 years, 11 months ago
My Favorite Actors: Crispin Glover (16 movies items)

Exclusive voted for an image 4 years, 11 months ago

rose77 added this to a list 6 years, 4 months ago
Favorite Celebrities Born in the Northeast (139 person items)

Kandi voted for an image 6 years, 5 months ago