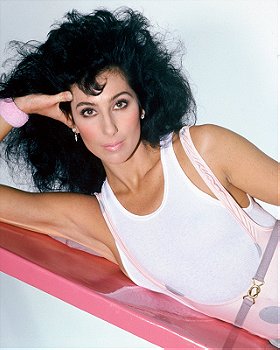 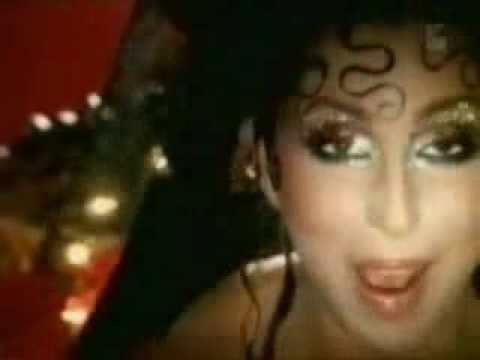 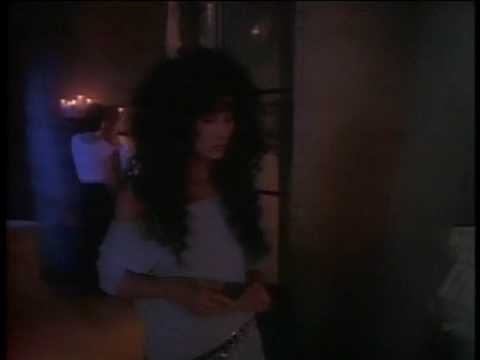 CHER I FOUND SOMEONE 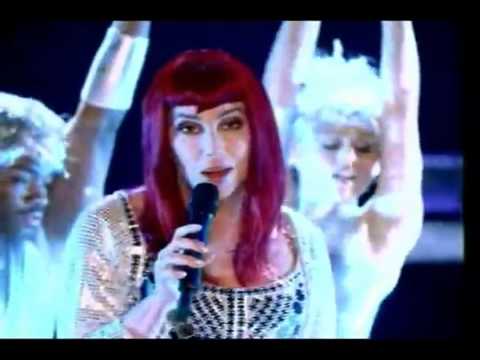 Cher All or Nothing Official Music Video

Meeting the quite older (by 11 years) Sonny Bono in 1962 changed the 16-year-old's life forever. Bono was working for record producer Phil Spector at Gold Star Studios in Hollywood at the time and managed to persuade Spector to hire Cher as a session singer. As such, she went on to record backup on such Spector classics as "You've Lost That Lovin' Feeling" and "Be My Baby". The couple's relationship eventually shifted from soulmates to lovers and she and Sonny married on October 27, 1964.

At first Cher sang solo with Sonny behind the scenes writing, arranging and producing her songs. The records went nowhere. Sonny then decided they needed to perform as a team so they put out two songs in 1964 under the recording names of Caesar and Cleo ("The Letter" and "Baby Don't Go"). Again, no success. The changing of their names, however, seemed to make a difference and in 1965, they officially took on the music world as Sonny & Cher and earned instant rewards.

The now 19-year-old Cher and 30-year-old Sonny became huge hits following the release of their first album, "Look at Us" (summer, 1965), which contained the hit single "I Got You Babe". With the song catapulting to #1, they decided to re-release their earlier single "Baby Don't Go", and it also raced up the charts to #8. An assembly line of mild hits dotted the airwaves over the next year or two, culminating in the huge smash hit "The Beat Goes On" (#6, 1967). Between 1965 and 1972 Sonny & Cher charted a total of six "Top 10" hits.

The kooky couple became icons of the late '60s "flower power" scene, wearing garish garb and outlandish hairdos and makeup. However, they found a way to make it trendy and were embraced around the world. TV musical variety and teen pop showcases relished their contrasting styles -- the short, excitable, mustachioed, nasal-toned simp and the taller, exotic, unflappable fashionista. They found a successful formula with their repartee, which became a central factor in their live concert shows, even more than their singing. With all this going on, Sonny still endeavored to promote Cher as a solo success. Other than such hits with "All I Really Want to Do" (#16) and "Bang, Bang" (#2), she struggled to find a separate identity. Sonny even arranged film projects for her but Good Times (1967), an offbeat fantasy starring the couple and directed by future powerhouse William Friedkin, and Cher's serious solo effort Chastity (1969) both flickered out and died a quick death.

By the end of the 1960s, Sonny & Cher's career had stumbled as they witnessed the American pop culture experience a drastic evolutionary change. The couple maintained their stage act and all the while Sonny continued to polish it up in a shrewd gamble for TV acceptance. While Sonny on stage played the ineffectual object of Cher's stinging barbs on stage, he was actually the highly motivated mastermind off stage and, amazingly enough, his foresight and chutzpah really paid off. Although the couple had lost favor with the new 70s generation, Sonny encouraged TV talent scouts to catch their live act.

The network powers-that-be saw potential in the duo as they made a number of guest TV appearances in specials and on variety and talk shows and in what was essentially "auditioning" for their own TV vehicle. "The Sonny and Cher Comedy Hour" (1971) was given the green light as a summer replacement series and was an instant sensation when it earned its own time spot that fall season. The show received numerous Emmy Award nominations during its run and the couple became stars all over again. Their lively, off-the-wall comedy sketch routines, her outré Bob Mackie fashions and their harmless, edgy banter were the highlights of the hour-long program. Audiences took strongly to the couple who appeared to have a deep-down sturdy relationship. Their daughter Chaz Bono occasionally added to the couple's loving glow on the show. Cher's TV success also generated renewed interest in her as a solo recording artist and she came up with three #1 hits during this time ("Gypsys, Tramps & Thieves," "Half-Breed" and "Dark Lady").

Behind the scenes, though, it was a different story. A now-confident Cher yearned to be free of husband Sonny's Svengali-like control over her life and career. The marriage split at the seams in 1974 and they publicly announced their separation. The show, which had earned Cher a Golden Globe Award, took a fast tumble as the separation and divorce grew more acrimonious. Eventually they both tried to launch their own solo variety shows, but both failed to even come close to their success as a duo. Audiences weren't interested in Cher without Sonny, and vice versa.

In late June of 1975, only three days after the couple's divorce, Cher married rock musician Gregg Allman of The Allman Brothers Band. That marriage imploded rather quickly amid reports of out-of-control drug use on his part. They were divorced by 1977 with only one bright outcome -- son Elijah Allman.

In 1976 Sonny and Cher attempted to "make up" again, this time to the tune of a second "The Sonny and Cher Show" (1976). Audiences, however, did not accept the "friendly" divorced couple after so much tabloid nastiness. After the initial curiosity factor wore off, the show was cancelled amid poor ratings. Moreover, the musical variety show format was on its way out as well. Once again, another decade was looking to end badly for Cher.

Cher found a mild success with the "top 10" disco hit "Take Me Home" in 1979, but not much else. Not one to be counted out, however, the ever resourceful singer decided to lay back and focus on acting instead. At age 36, Cher made her Broadway debut in 1992 in what was essentially her first live acting role with "Come Back to the Five and Dime, Jimmy Dean, Jimmy Dean". Centering around a reunion of girlfriends from an old James Dean fan club, her performance was critically lauded. This earned her the right to transfer her stage triumph to film alongside Karen Black and Sandy Dennis. Cher earned critical raves for James Dean, o Mito Sobrevive (1982), her first film role since 1969.

With film #2 came a Best Supporting Actress Oscar nomination and a Golden Globe win for her portrayal of a lesbian toiling in a nuclear parts factory in Silkwood - O Retrato de uma Coragem (1983), starring Meryl Streep and Kurt Russell. This in turn was followed by her star turn in Marcas do Destino (1985) as the blunt, footloose mother of a son afflicted with a rare disease (played beautifully by Eric Stoltz). Once again Cher received high praise and copped a win from the Cannes Film Festival for her poignant performance.

Fully accepted by this time as an actress of high-caliber, she integrated well into the Hollywood community. Proving that she could hold up a film outright, she was handed three hit vehicles to star in: As Bruxas de Eastwick (1987), Sob Suspeita (1987), and Feitiço da Lua (1987), for which she won the Academy Award for Best Actress. Along with all this newfound Hollywood celebrity came interest in her as a singer and recording artist again. "If I Could Turn Back Time (#3) and the Peter Cetera duet "After All" (#6) placed her back on the Billboard charts.

During the 1990s Cher continued to veer back and forth among films, TV specials and expensively mounted concerts. In January of 1998, tragedy struck when Cher's ex-husband Sonny Bono, who had forsaken an entertainment career for California politics and became a popular Republican congressman in the process, was killed in a freak skiing accident. That same year the duo received a star on the Hollywood Walk of Fame for their contribution to television. In the meantime an astounding career adrenalin rush came in the form of a monstrous, disco-flavored hit single ("Believe"). The song became a #1 hit and the same-titled album the biggest hit of her career. "Believe" reached #1 in 23 different countries.

4. The First Monday in May

2. The Very Best of Cher

1. The Very Best of Cher

1. If These Walls Could Talk

1. If These Walls Could Talk

powerking14 voted for an image 2 months, 2 weeks ago

Emmabell voted for 6 images [View All] 3 months, 2 weeks ago

pamela voted for 7 images [View All] 4 months, 2 weeks ago

RevelationEques voted for an image 4 months, 2 weeks ago

Exclusive added this to a list 6 months, 1 week ago

" as Alexandra Medford in The Witches of Eastwick"

dvirgueza added this to a list 6 months, 4 weeks ago
Planet Hot (1947 beauty items)

"The main witch in charge of the mansion, and the oldest of the sisters."

Monstermaster added this to a list 7 months ago
Musical Influences. (18 person items)

lcosta90 added this to a list 7 months, 2 weeks ago

lcosta90 added this to a list 9 months, 3 weeks ago

"as Margaret Connor in Faithful"

jeffcher1 voted for an image 12 months ago

AnotherD@y added this to a list 1 year, 4 months ago
Music my Mom likes (91 music items)

Duckman voted for 7 images [View All] 1 year, 4 months ago

Sonny added this to a list 1 year, 6 months ago
Music (31 music items)

Blutarski voted for an image 1 year, 6 months ago