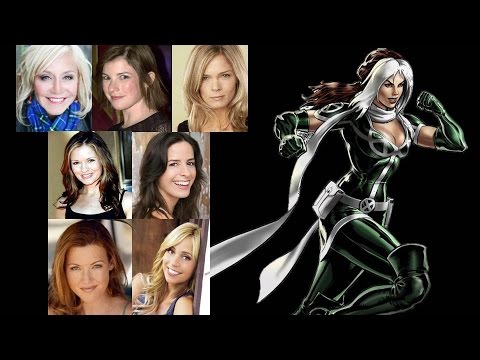 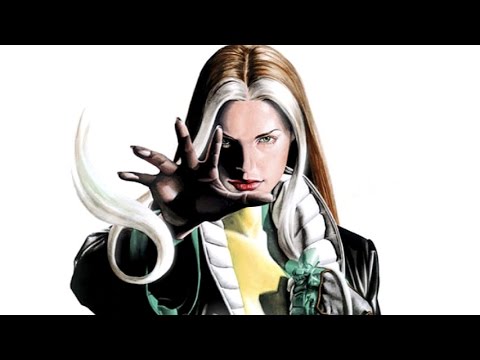 Superhero Origins: Rogue of the X-Men

Kyle Ellis
If any superhero has what’s affectionately called “southern charm”, it’s Rogue. In her first few appearances, Rogue wasn’t really all that popular. It wasn’t until the 1990s television show, X-Men The Animated Series that her popularity skyrocketed. During the show, the world finally took notice of the character. Rightfully so. Aside from her undeniable good looks, Rogue has a lot go... read more
View all Rogue reviews
[Link removed - login to see]
Fictional character appearing in most of the Marvel Comics X-Men related titles. She debuted in Avengers Annual #10 (November 1981) as a villain. An earlier story intended for Ms. Marvel #25 (June 1979) went unpublished until 1992. Rogue is a mutant. More so than most, Rogue considers her powers a curse: she involuntarily absorbs and sometimes also removes the memories, physical strength, and superpowers of anyone she touches. For most of her life, she limited her physical contact with others, including her on-off love interest, Gambit, but after many years Rogue finally gained full control over her mutant ability.

Hailing from Caldecott, Mississippi (a fictional county), Rogue is the X-Men's self-described southern belle. A runaway, she was adopted by Mystique of the Brotherhood of Evil Mutants and grew up as a villain. After Rogue permanently absorbs Ms. Marvel's psyche and Kree powers, she reforms and turns to the X-Men, fearing for her sanity. Rogue's real name and early history were not revealed until more than twenty years after her introduction. Until the back story provided by Robert Rodi in the ongoing Rogue series began in September 2004, Rogue's background was only hinted at. Her name was revealed as Anna Marie, although her surname is still unknown. She has sometimes been called Raven which is the first name of her foster mother Mystique.

Rogue has been one of the most popular and consistent members of the X-Men since the 1980s. She was #5 on IGN's Top 25 X-Men list for 2006, #4 on their Top Ten X-Babes list for 2006, #3 on Marvel's list of Top 10 Toughest Females for 2009 and was given title of #1 X-Man on CBR's Top 50 X-Men of All Time for 2008. She was ranked tenth in Comics Buyer's Guide's "100 Sexiest Women in Comics" list. Rogue has been featured in most of the X-Men animated series and various video games. In the X-Men film series, she is portrayed by Oscar-winning actress Anna Paquin. Her visual cue is often the white streak that runs through her hair.

In her first few appearances, Rogue wasn’t really all that popular. It wasn’t until the 1990s television show, X-Men The Animated Series that her popularity skyrocketed. During the show, the world finally took notice of the character.

Aside from her undeniable good looks, Rogue has a lot going for her. She’s strong, has a sexy accent, can fly, is able to learn the deepest and darkest secrets of anyone with nothing more than a simple touch, and can cause comas or worse with that same touch. And it’s the touch that I’m most interested in.

Because nobody can get close to her without ending up in a hospital, Rogue is extremel” read more

bombshellbarba added this to a list 7 months, 1 week ago
Brotherhood of Mutants (41 characters items)

bombshellbarba added this to a list 7 months, 4 weeks ago
X-Men (80 characters items)

bombshellbarba added this to a list 7 months, 4 weeks ago
Avengers (106 characters items)

bombshellbarba added this to a list 8 months, 1 week ago
Power Absorption and Mimicry (14 characters items)

Straight Edger rated this 7/10 11 months ago

Ghosthack added this to a list 11 months, 3 weeks ago
Favorite Characters (All Time) (21 characters items)

njdvl32 voted for an image 12 months ago

Agirl voted for 3 images 12 months ago

avlp9wb voted for an image 1 year, 9 months ago

Superhero Origins: Rogue of the X-Men

Krankenhaus added this to Rated list 3 years, 5 months ago