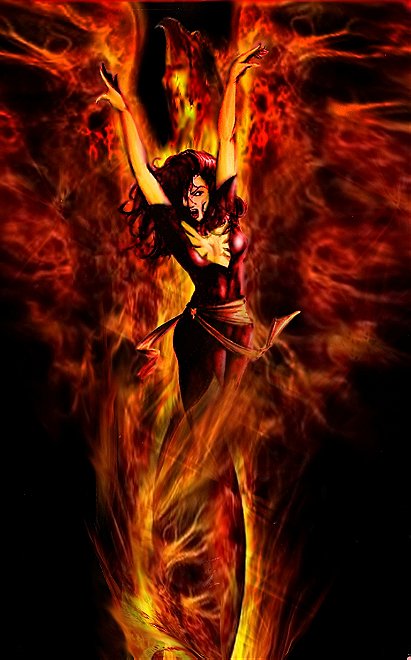 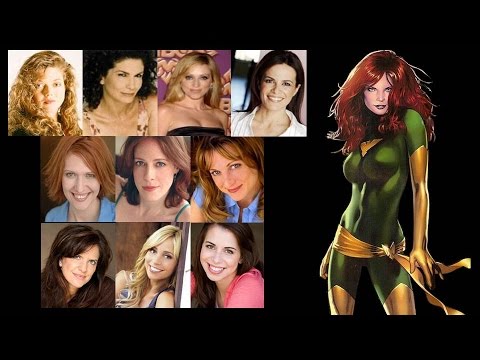 5 votes
View all Jean Grey pictures (85 more)
[Link removed - login to see]
Jean Grey-Summers is a fictional character, a comic book superheroine who appears in comic books published by Marvel Comics. She has been known under the aliases Marvel Girl, Phoenix, and Dark Phoenix and is best known as one of the founding members of the X-Men, for her relationship with Cyclops, and for her central role and transformation in the X-Men storyline "The Dark Phoenix Saga".

Jean Grey is a mutant born with telepathic and telekinetic powers. Her powers first manifested when she saw her childhood friend being hit by a car. She is a caring, nurturing figure, but she also has to deal with being an Omega-level mutant and the physical manifestation of the cosmic Phoenix Force. She has faced death numerous times in the history of the series, the first being when, in her guise as Marvel Girl, she died and was "reborn" as Phoenix, which in time led to her second - though not last - death in the "Dark Phoenix Saga".

Jean is an important figure in the lives of other Marvel Universe characters, mostly the X-Men, including her husband Cyclops; her mentor and father figure Charles Xavier; her close friend and sometimes romantic interest Wolverine; her best friend and sister-like figure Storm; and her genetic children Rachel Summers, X-Man, Cable, and Stryfe.

The character was present for much of the X-Men's history, and she was featured in all three X-Men animated series and several video games. Famke Janssen portrayed Jean in the X-Men films. She is a playable character in X-Men Legends (2004), X-Men Legends II: Rise of Apocalypse (2005), Marvel Ultimate Alliance 2 (2009), Marvel vs Capcom 3: Fate of Two Worlds (2011), and Marvel Heroes (2013), and appeared as an enemy in the first Marvel: Ultimate Alliance.

In 2006, IGN rated Jean Grey #6 on their list of Top 25 X-Men from the past forty years, and in 2011, IGN ranked her 13th in the Top 100 Comic Book Heroes.[citation needed] Conversely, her Dark Phoenix persona was ranked 9th in IGN's "Top 100 Comic Book Villains of All Time" list.She was ranked third in Comics Buyer's Guide's 100 Sexiest Women in Comics list.

tailic12 voted for an image 9 months ago

Botzu voted for an image 1 year, 3 months ago

MurdererX voted for an image 1 year, 6 months ago

princesstwi added this to a list 1 year, 6 months ago
Telepathy (19 characters items)

princesstwi added this to a list 1 year, 6 months ago
Telekinesis (26 characters items)

bluemelody rated this 7/10 2 years ago

bandofsisters rated this 7/10 4 years ago

upgradeslinky rated this 7/10 4 years, 7 months ago

Georgini added this to a list 5 years, 2 months ago
My Marvel Dream Team (27 characters items)

moviebuff added this to a list 5 years, 3 months ago
Marvel Characters I Would Put On My Team (25 characters items)