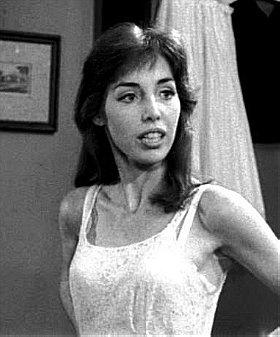 1 vote
View all Barboura Morris pictures
"The girl with the lovely smile", Barboura Morris was born in L.A., and went on to appear in many low-budget movies. She graduated from UCLA. Barboura started her acting career at the Stumptown stock company, where her acting coach was Jeff Corey, and Roger Corman was a classmate. Corman gave Barboura a leading role in Sorority Girl (1957), and more AIP pictures followed; she was cast in varied roles such as an unrequited love interest, a caring secretary, and a warrior woman. In addition to movies, Barboura did some television work. Barboura died in Santa Monica, one day after her 43rd birthday.
Tags: Born 1932 (1), Died 1975 (1), The Girl With The Lovely Smile (1), American (1), Actress (1), Pretty (1), Lovely (1)
My tags: