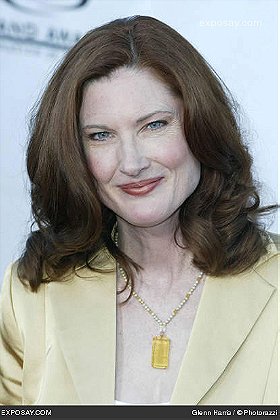 "The Partridge Family" (1970). She also started dancing and singing.

Her career on TV also began during the 60s, while work on films was smaller. At the end of the 70s, she made a first leading role in One on One (1977), as Robby Benson's mentor and girlfriend and a supporting role in King of the Gypsies (1978), opposite Eric Roberts and Susan Sarandon. She frequently played leading roles in TV films. At the beginning of the 80s, she played a leading role opposite Gary Busey in the comedy Foolin' Around (1980). From that point on larger parts in well-known motion pictures occurred. She appeared in the horror remake Cat People (1982) with Nastassja Kinski. Her most famous role of the 80s was in Superman III (1983), where she joined a well-known acting crew of "Superman" films, Christopher Reeve, Margot Kidder and also with (also a new member of "Superman" films (a comic relief)) brilliant Richard Pryor.

She continued to work on TV films, but none of them were famous as It (1990) (TV), based upon Stephen King's novel, opposite John Ritter, Richard Thomas, Tim Reid, Richard Masur and the unforgettable Tim Curry as Pennywise the Clown, aka It.

Annette appeared in more films such as On Hope (1994) and Imaginary Crimes (1994) with Harvey Keitel, she still stood tight on TV. When it comes to TV series she is known for the role of Lisa Bridges in "Nash Bridges" (1996), but she is perhaps known to the wide audience as Martha Kent in "Smallville" (2001), a series about young Clark Kent/Superman. She also starred in the series "The Huntress" (2000).

Annette has been married to Michael McKean since 1999 and they were both nominated for the Academy Award for Best Song in the film A Mighty Wind (2003). She has two daughters from her previous marriage with Bill Geisslinger.

Co-wrote Oscar-nominated song "A Kiss At The End Of The Rainbow" for A Mighty Wind (2003) with husband Michael McKean. The couple performed their version when they were presenters at the 8th Annual Art Directors Guild Awards in Beverly Hills in 2004, as well as during TV and radio appearances.

In the comics, the two Superman characters she has played Martha Kent and Lana Lang are 5' 4". This is her height in real life.

She has two daughters from her first marriage. Their names are Nell Geisslinger and Anna Geisslinger.

Vickie Howell, the host of "Knitty Gritty" (2004), the cable TV show, named a scarf for Annette. It's called the Lana And Clark Ascot.

Annette used her knack for knitting to raise funds for the Maryland chapter of the Alzheimer's Association. She designed an afghan blanket which was auctioned off on eBay. She and her fellow "Smallville" (2001) cast and crew members knitted the squares that made up the blanket. Also, she participated in a similar project with other celebrity knitters to raise funds for those affected by the 9/11 tragedy.

Studied acting with Peggy Feury at the Loft Studio in California.

Is immortalized in a song written and performed by a musical group called The Davenports.

Has been mentioned in four "Jeopardy!" (1984) categories: Superman, Country Music, TV Shows By Cast and They All Played Country Singers.

She plays the mandolin.

Almost substituted for Parker Posey during a 2003 concert tour that was done in connection with A Mighty Wind (2003).

Skywalker voted for an image 6 months ago

Darknight voted for an image 10 months, 2 weeks ago

Look Left voted for an image 10 months, 2 weeks ago

oldman voted for 3 images 12 months ago

Bonecrusher voted for an image 2 years, 5 months ago

Seymour voted for an image 3 years, 7 months ago

Henny voted for an image 3 years, 10 months ago

Cathy Hagen voted for an image 4 years, 2 months ago

AtomicPunk added this to a list 4 years, 3 months ago
My Favorite Gingers (50 person items)

"as Martha Kent in Smallville "

fantazjusz voted for 11 images [View All] 4 years, 6 months ago

Kandi voted for an image 4 years, 7 months ago

Stepan_Kant voted for an image 5 years, 2 months ago

Sndi voted for an image 5 years, 2 months ago

dasleandro voted for an image 5 years, 8 months ago

Dragonslayer voted for an image 6 years, 2 months ago

chance voted for an image 6 years, 2 months ago

coffee-boy voted for 9 images [View All] 6 years, 4 months ago