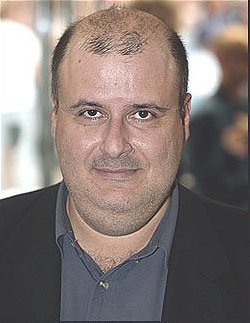 His first movie directorial project was a movie adaptation of the comic book The Crow starring Brandon Lee. Tragically, Lee was killed in an accident during filming, only eight days before the completion of the movie in March 1993. After Lee's death Alex decided he should complete the film in his memory so a stunt double and special effects were used to film the remaining scenes. The Crow eventually released in May 1994 and was a box office and critical success.

He then wrote and directed the 1998 science fiction thriller Dark City, which had disappointing box office results despite winning numerous awards, but has since gained a strong cult following. In 2004 he directed I, Robot, a science fiction film "suggested by" the Isaac Asimov short story compilation I, Robot that starred Will Smith. It was a box office success, but met with mixed reactions by readers and fans of the Asimov stories. In February 2005, it was revealed that Proyas would direct the supernatural thriller Knowing. Director Richard Kelly was previously attached to the project. ... (more) (less)
Tags: Director (2), Hack Director (2), Australian (1), 23 (1), Aussie (1), Hack (1), Male (1), Filmmaker (1), Screenwriter (1), Washed Up (1), Music Video Director (1), Born 1963 (1), Early 90's (1), Dark City & The Cow Were Really Cool For Some Reason (1), Lost Whatever He Had (1)
My tags:

2. Mask of the Evil Apparition

3. Spirits of the Air, Gremlins of the Clouds

4. The Unpleasant Profession of Jonathan Hoag

3. Spirits of the Air, Gremlins of the Clouds

samira voted for an image 2 weeks, 6 days ago

djprojexion added this to a list 10 months, 4 weeks ago

Leo added this to a list 5 years, 10 months ago