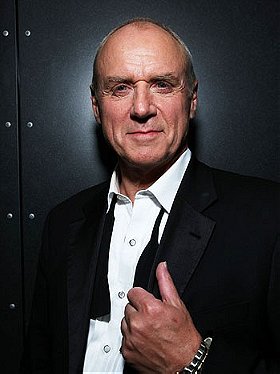 42 votes
>~Characters of Once Upon a Time~ (25 items)
list by llllkirallll
Published 9 years, 10 months ago

Dale will next be seen as Bradford Meade in ABC's Ugly Betty. As President/CEO of Meade Publications and father of Daniel Meade, Bradford is a well-posed professional seeking the success of both his business and his son. In an attempt to keep his son from sleeping with another assistant, he insists Daniel hire the unattractive yet hard-working Betty.

Previously branded the richest man in The O.C., Dale starred as Caleb Nichol on the FOX series, consistently shifting between a cold, greedy business mogul and a loving, concerned husband and father. He also recently had a guest starring role as Charles Widmore on Lost, and appeared as Metcalfe in E-Ring.

Last year Dale created a stir during his recurring role as Director Tom Morrow on the action drama NCIS. Along with his other power-driven roles, he has also appeared as Mitch Bryce, Secretary of Commerce on The West Wing and Vice President Jim Prescott on 24. Other notable television credits include The X-Files, ER and The Practice."

Dale has been seen on the big screen as Praetor Hiren, the zealous president of the Romulan Senate on Star Trek: Nemesis. Later he was cast as Commander Preston in Hollywood Homicide, starring Harrison Ford and Josh Hartnett, and this past fall he was seen alongside Pierce Brosnan and Salma Hayek in After the Sunset. He has also appeared in such films as Space: Above and Beyond, First Daughter and The Extreme Team.

Dale also has extensive theatre credits, has hosted his own radio shows and is a successful voice-over artist in both Australia and the United States.

1. The Flight of the Conchords

1. Indiana Jones and the Kingdom of the Crystal Skull (2008)

rickterenzi voted for an image 2 years ago

lalabellexoxo added this to a list 4 years, 2 months ago

"As Judge Claude Frollo from "The Hunchback Of Notre Dame.""

lalabellexoxo added this to a list 5 years, 7 months ago

"As Judge Claude Frollo from The Hunchback Of Notre Dame. "

diabolical dr voodoo added this to a list 6 years, 2 months ago
The People on the MCU (175 person items)