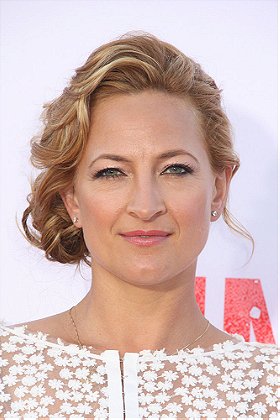 Bell was born on Waiheke Island, New Zealand, to Tish, a nurse, and Andrew Bell, a doctor. She has a younger brother named Jake. She grew up on Waiheke Island in Auckland. At a young age, she participated in competitive gymnastics and at the age of 15, she began studying Taekwon-Do. She also participated in dance, high diving, scuba, and track and field activities. Bell attended Auckland Girls' Grammar School and Selwyn College.

Bell began her career in 1992 when her father treated a stuntman for a head injury and came home with a phone number for her to call. Her first stunt job was jumping out of a car in Shortland Street, a New Zealand soap opera.

She did stunts for Hercules: The Legendary Journeys and Xena: Warrior Princess, both of which were filmed in New Zealand; by the fourth season of Xena, she was the stunt double for Lucy Lawless. She fractured vertebrae in her back doing wire work stunts on the show, but continued working for a week until another stunt, in which a breakaway chair was smashed on her back, incapacitated her.

After Xena, she did a number of small films and TV stunt work, including stunt coordinating and playing a small role in a short film Reflections with Adrienne Wilkinson (with whom she had previously worked on Xena). She then went on to double for Uma Thurman in Quentin Tarantino's Kill Bill.

Though she was initially hired as Thurman's "crash and smash" double, the stunt team realized Bell would also make an ideal double for fight scenes and she was trained accordingly. Bell had to learn to fight in the wushu style. Near the end of filming for Kill Bill: Volume 2, she injured her ribs and the ligaments in her wrist while simulating being thrown backwards by a shotgun blast. Bell required surgery and spent several months recuperating. After production wrapped on Kill Bill, she received "The Bells" sign which hung outside the home of the Vernita Green character. She later gave it to her parents. After both Kill Bill movies, she did stunt work for the movie Catwoman, in which she performed high falls and acted as a double for Sharon Stone.

In 2004, the documentary Double Dare was released. It focused primarily on Bell and veteran stuntwoman Jeannie Epper, following them during their travails in Hollywood. The film presented a view of opposing ends of the stuntwoman spectrum, with the aging Epper continuing her search for work in an industry where age is not necessarily considered an asset and Bell, then a Hollywood newcomer, trying to break into the industry. The filming of Double Dare covered Zoë's career from the end of Xena to the beginning of her work on Kill Bill: Volume 1.

After Catwoman, Bell went on to appear as a stuntwoman in the action thriller The Kingdom. In yet another Tarantino feature film, Inglourious Basterds, Bell performed stunts once again.

Tarantino was so impressed with Bell's work for Kill Bill that he cast her in a leading role in his next film, Death Proof (2007), in which she played herself and performed her own stunts, the most notable of which occurs when she hangs onto the hood of a speeding 1970 Dodge Challenger.

In August 2007, Bell confirmed she had signed on to play the lead role in a film about an American soldier who, upon returning to the U.S. from a tour of duty in Iraq, helps a young girl in trouble. She told the New Zealand Herald she would do her own stunts in the as-yet untitled film, and that the American accent was "a big challenge". In October 2007, Variety reported that Bell would appear in the 2009 film Game, starring Gerard Butler; the movie was later renamed Gamer.

Bell was a guest star in the fourth season of Lost, playing the role of the freighter team's radio contact, Regina. She stated in interviews that the role required a little acting and some stunt work. She appeared on screen only in episode 7 of season 4, entitled "Ji Yeon".

In 2008, Bell starred alongside her former Xena colleague Lucy Lawless in Sony (Crackle)'s web series Angel of Death which debuted online in early 2009.

Iceviper voted for an image 1 year, 2 months ago

Henny voted for an image 2 years, 3 months ago

django123 voted for an image 2 years, 3 months ago

Felipe Unger added this to a list 2 years, 7 months ago

"Zoe Bell (from Death Proof) is resilient and the best partner we could ever get for Michelle. "

Kaori voted for an image 2 years, 8 months ago

heli voted for an image 4 years, 1 month ago

Christian Vincent voted for an image 4 years, 1 month ago

django123 voted for an image 4 years, 4 months ago

hulkargh voted for an image 4 years, 4 months ago

coffee-boy voted for an image 4 years, 6 months ago

TrekMedic added this to a list 4 years, 6 months ago
Does This Make My Butt Look Big, Part IV (100 person items)

TrekMedic voted for 7 images [View All] 4 years, 6 months ago

Ricky F voted for an image 4 years, 7 months ago

django123 voted for an image 4 years, 7 months ago