vote
A lioness abandoned by her pride decided to adopted a baby impala after killing its mother. Several times, she tried to leave the baby in the company of other impalas, but ended up having to take the baby back under her wing after the adult impalas were frightened away by her presence. 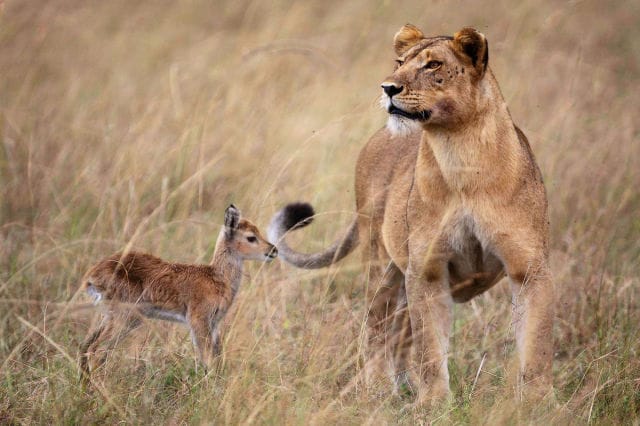 When Caroline Murphy Was In Vogue by TrekMedic

Disneys Designer Gowns Photoshoot by I am M

The Tao of Claudia Schiffer by TrekMedic