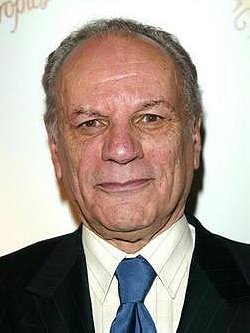 Since his early twenties, he was a favorite of stage productions and on and off-Broadway plays. While appearing in plays in Greenwich Village in the 1960s, Victor made the acquaintance of Yoko Ono, with whom he participated in so-called "happenings" and fledgling actor Harvey Keitel, who remained his close friend for nearly forty years.

Bouncing back and forth between Los Angeles and New York City, Victor racked up an impressive roster of film credits. He made his major film debut in the early 70s in a small part in The Unholy Rollers (1972) and a year later made his television debut in the made for TV film Smile Jenny, You're Dead (1974). Argo became a durable movie tough guy and favorite of such directors including Martin Scorsese and Woody Allen and usually played rugged supporting roles, particularly cops, gangsters and criminals. His film credits include Taxi Driver (1976), The Rose (1979), New York Stories (1989), The Last Temptation of Christ (1988), Shadows and Fog (1991), True Romance (1993) and Coyote Ugly (2000). Argo also had recurring roles on such TV series ranging from Miami Vice (1984) to Law & Order (1990). In 2001, he played Jennifer Lopez's father in the film Angel Eyes (2001).

Between stage and film assignments, Victor volunteered his presence and name for a number of DIY and independent filmmakers. He died of complications from lung cancer in New York City at the age of 69. Shortly before his death, Victor realized a lifelong dream of acting on Broadway when he was cast in the Pulitzer Prize winning drama 'Anna in the Tropics'. He will be missed forever. ... (more) (less)
Tags: Actor (1)
My tags: