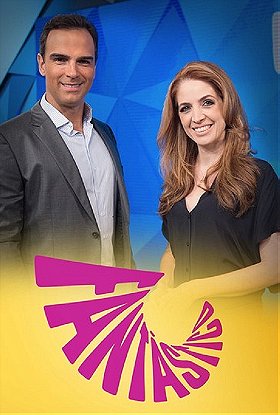 Fantástico is an open-ended newscast with hosts introducing and reporting stories. Some segments include the work of other reporters: This typically happens when going live to a location.

Its hosts stand in front of a backdrop that changes according to the story presented. The hosts undertake original reporting and investigations led by national newspapers, sourcing typically from O Globo.

Topics for each show vary, some are political, some involve scandal, the environment, crime, science, health, sports, religion, international news, or a combination. Occasionally, stories develop into specials that span over a period of a few weeks. These stories are thematic, with hosts travelling the country to find their topic in Brazilian society. Past topics have included psychics, indigenous religions, São Paulo's crime wave, and Afro-Brazilian tribal customs.