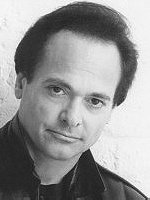 With all the time and energy, blood sweat and disappointment, I feel that I should be further along than I am. I have always been drawn to the art of acting, the development and dissection of a character and scene. But as I get older, it's the business and social end of it that bores the hell out of me. Between films I like to get away and enjoy myself. It's kind of like semi retirement but not really. ... (more) (less)
My tags:

1. The Magnificent Raiders of Dimension War One (2021)