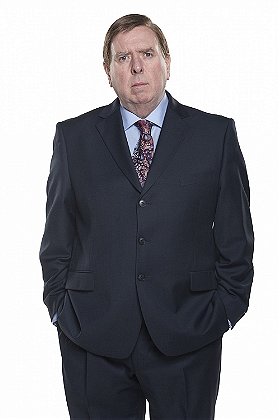 126 votes
They talk with their eyes (100 items)
list by jeffpsych
Published 11 years, 3 months ago

In addition to his work with Leigh, Spall has appeared in a number of disparate productions. He made his film debut with a supporting role in the Who's Quadrophenia in 1979 and spent the next decade splitting his time and energy between the stage and screen. He acted extensively for the Royal Shakespeare Company and the Royal National Theatre, and he also did acclaimed work on television, most notably as Mr. Venus in the BBC production of Charles Dicken's Our Mutual Friend, for which he received a BAFTA Best Actor nomination.

Spall began to gain recognition and respect as a film actor in the 1990s, thanks in large part to his collaborations with Leigh. In addition to his work with the director, Spall was particularly memorable in Brian Gibson's Still Crazy (1998), a comedy that cast him as the drummer for a defunct 1970s rock band trying to make a come-back. In 1999, the actor enjoyed another collaboration with Leigh in Topsy-Turvy, an acclaimed drama about the partnership between Gilbert and Sullivan that featured Spall as an effeminate opera diva. The following year, he could be seen as Don Armado in Kenneth Branagh's musical adaptation of Love's Labour's Lost, and heard as a chicken farm denizen in Nick Park's animated Chicken Run. In recognition of his contributions to the arts, Spall was named an Officer of the Order of British Empire (OBE) by Queen Elizabeth on New Year's Eve, 1999.

4. The Obscure Life of the Grand Duke of Corsica

5. A Grand Night In: The Story of Aardman (Wallace and Gromit )
View all Timothy Spall TV (47 more)

yellowhair voted for an image 4 months, 1 week ago

The Princess and the Frog Dream Cast (14 movies items)

browser voted for an image 5 years ago