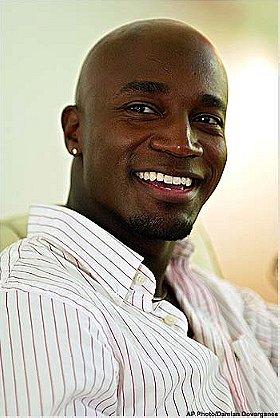 Diggs then moved from stage to television, with a role on the soap opera Guiding Light. In 1998, he made his film debut in How Stella Got Her Groove Back. This movie brought Diggs much acclaim and exposure. The following year he played a tantric sex god in Doug Liman's Go, and an AWOL groom in the coming-of-age drama The Wood. Malcolm D. Lee's The Best Man features Diggs as the eponymous character, an author and best friend of the groom (portrayed by Morris Chestnut). He also starred in the remake of William Castle's The House on Haunted Hill. Diggs was featured in an episode of America's Next Top Model, to help the contestants through an acting challenge. Another notable role of his was when he guest starred on the comedy-drama Ally Mcbeal as a lawyer named Jackson Duper who was the love interest of the character Renee Raddick and also the possible love interest on the Ling Woo character.

Diggs portrayed the title character on the short-lived UPN television series Kevin Hill which despite critical acclaim was not renewed for a second season due to the troubles that UPN was having[citation needed]. He reprised the role of Benny for the 2005 Rent film. Diggs is featured on the following cast recordings: Carousel 1994 revival cast; Rent 1996 original Broadway cast; The Wild Party original off-Broadway cast. He also sings on the Rent film soundtrack. In 2002, he reprised his role as the Bandleader in the film adaptation of Chicago, and also played opposite Christian Bale as Bale's partner/antagonist Brandt in the dystopian sci-fi thriller Equilibrium.

In 2003, Diggs was on Punk'd after being tricked by Ashton Kutcher, while getting a check-up at a Punk'd-operated doctor's office. In early 2006, Diggs guest-starred for several episodes as Will Truman's love interest, James, on the final season of Will & Grace. In May, ABC picked up his pilot, Day Break, in which he portrayed a detective trapped in the same day and forced to relive it to clear his name of murder; the show debuted in mid-November 2006, but was abruptly canceled due to poor ratings. Although his film and television career continue to move forward, he still returns to the stage frequently. Most recently he was seen alongside James McDaniel in Charles Fuller's A Soldier's Play at Second Stage Theatre in New York.

Diggs co-stars opposite Kate Walsh in Private Practice, the fall 2007 spin-off of Grey's Anatomy.Diggs had a guest role on The West Wing as a Secret Service agent in charge of the security detail for the President's daughter. He then guest-starred on Grey's Anatomy again in the Grey's Anatomy/Private Practice Crossover Event. Diggs stars in the live adaptation of the comic Dylan Dog: Dead of Night. He also narrated the ESPN Films documentary The Fab Five about University of Michigan basketball players Chris Webber, Juwan Howard, Jalen Rose, Jimmy King, and Ray Jackson. Diggs is one of the stars of the independent film drama Between Us that won the grand jury prize at the 2012 Bahamas International Film Festival among its other festival appearances.
... (more) (less)
Tags: American (4), Actor (4), Hot (2), Black (2), Born 1971 (2), The Best Man (1), Newark New Jersey USA (1), Born In New Jersey (1), January 2 (1), Born In January (1), I Would Do Him (1), Born In 1971 (1), Syracuse University (1), Male (1), Beautiful (1), Straight (1)
My tags:

william maxey 83 added this to a list 5 years, 5 months ago
People...The Bald and the beautiful (28 person items)

william maxey 83 voted for an image 5 years, 5 months ago

lalabellexoxo added this to a list 5 years, 5 months ago

"As Dr. Facilier from The Princess And The Frog."

IsabellaSilentRose added this to a list 5 years, 5 months ago
Tony Awards 2017 (82 person items)

lalabellexoxo added this to a list 6 years, 2 months ago
My Hottest Men In Entertainment List 2016 (373 person items)

Smiler1 added this to a list 6 years, 5 months ago
Actors I like that aren't my favorite actors (60 person items)