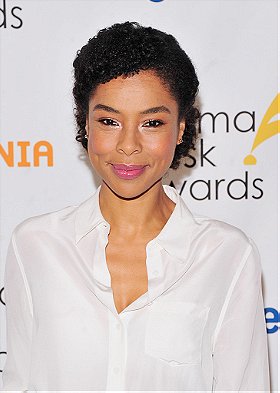 Okonedo's breakthrough performance came in 2004, when she co-starred in the film Hotel Rwanda as Tatiana Rusesabagina, the wife of Rwandan hotel manager and humanitarian Paul Rusesabagina, portrayed by American actor Don Cheadle. For this role, she became the second Black female Briton to receive a nomination for the Academy Award for Best Supporting Actress at the 77th Academy Awards in 2005. She later received a Golden Globe Award nomination for the miniseries Tsunami: The Aftermath (2006) and BAFTA TV Award nominations for the drama series Criminal Justice (2009) and the television film Mrs. Mandela (2010). Her other film roles include Æon Flux (2005), Skin (2008), The Secret Life of Bees (2008), and Christopher Robin (2018).

2. The Secret Life of Bees

5. Death on the Nile
View all Sophie Okonedo movies (13 more)

2. The Wheel of Time

django123 voted for an image 3 years, 6 months ago

"as Sithandra in Aeon Flux "

fantazjusz voted for 6 images [View All] 4 years, 8 months ago

IsabellaSilentRose added this to a list 6 years, 7 months ago
Tony Awards 2016 (92 person items)

IsabellaSilentRose added this to a list 6 years, 9 months ago
Met Gala 2016 (194 fashion items)