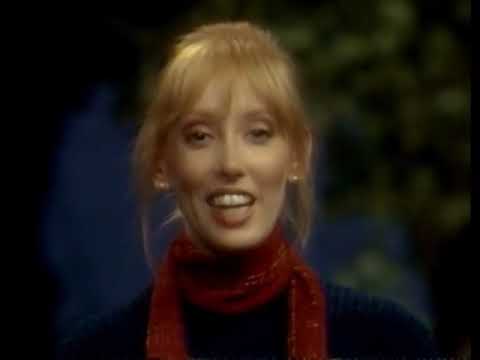 Shelley graduated from Waltrip High School in Texas and at first became a cosmetics salesperson. It was in 1970 when Shelley was discovered by talent scouts at a local party. Director Robert Altman wanted to cast Shelley in a film that he was making during the time. Shelley had experience in acting in high school plays at the time and took Altman's offer and she appeared in her first film Brewster McCloud. Altman was so fascinated by her performance that she appeared in his next films including: McCabe and Mrs. Miller in 1971, Thieves Like Us in 1974, and Nashville in 1975. Aside from these three successful films, Duvall's acting blossomed in her leading role as Mille Lammoroux in 3 Women in 1977. Duvall's acting was so superb that she won Best Actress at the 1977 Cannes Film Festival. Shelley also starred as Bernice in John Micklin Silver's Bernice Bobs Her Hair in 1976, and had a cameo in Woody Allen's Annie Hall in 1977. In the same year, Shelley also hosted an episode of Saturday Night Live.

When the 1980s hit, Duvall's career was just beginning. She is famously known for playing the role of "Wendy Torrance" in Stanley Kubrick's The Shining with Jack Nicholson. During the making of this film, Kubrick and Duvall would often become very frustrated with each other. The most obvious example is when Kubrick shot the famous "baseball bat scene" with Duvall and Nicholson 127 times, which is the world record for most number of takes in any film set. Despite their differences, Duvall admitted that she learned more from Kubrick than any of her previous films and that she "wouldn't trade the experience for anything." Kubrick also knew that he pushed Shelley and treated her the way he did for a significant reason, as the role of "Wendy Torrance" was even said by Jack Nicholson, "the hardest role anyone has ever had to play."

In January of 1979, Robert Altman would offer Duvall yet another role in one of his films. Only the role was a certain role that Altman believed she was born to play. That certain role was "Olive Oyl" in the real life version of Popeye. Shelley was skeptical at first on accepting the role, due to bad memories as a child of negatively being called "Olive Oyl" in grade school. She fortunately decided to take the role and performed admirably. Shelley also sings several songs in this film. The most famous ones would be "He's Large" and "He Needs Me" which also appeared in the film Punch Drunk Love.

As the 1980s rolled on, Shelley's career never slowed down. She appeared as a supporting actress in Terry Gilliam's Time Bandits in 1981; she played "Susan Frankenstein" in Tim Burton's Frankenweenie (1984) , and co-starred in the hit comedy film Roxanne in 1987 starring Steve Martin. From 1982 to 1986, Shelley continued her filming career but from a different aspect. Since Shelley was 17, she had a collection of a variety of illustrated classic fairy tale books. During the making of Popeye, she showed her collection to Robin Williams. One particular fairy tale she showed Robin was "The Frog Prince". Picturing Robin as the real life Frog Prince, Shelley created Platypus Productions, her own production company. Shelley went to Showtime with the idea for airing a television program that was based on fairy tales. She produced Fairy Tale Theater which Showtime aired that was a hit television series that was based on several classic fairy tales. Fairy Tale Theatre was on television from 1982-1987. Each episode was a one-hour series and there were a total of twenty six episodes, all hosted by Shelley Duvall. Shelley also starred in four out of the twenty six episodes. In 1985, Ms. Duvall created Tall Tales and Legends that was aired for three years until it ended in 1988. Similar to Fairy Tale Theatre, Tall Tales and Legends was also a one-hour series hosted, produced, and guest starred by Duvall. Although it only consisted of nine episodes, Shelley was nominated for an Emmy from the series. In the late 1980s and early 1990s, Shelley discovered Think Entertainment; another production company which helped Shelley create more programs and movies that were made for television that aired on common cable channels. Shelley produced three more programs from these production companies that aired on Showtime: Nightmare Classics, Shelley Duvall's Bedtime Stories, and Mrs. Piggle Wiggle. Her Bedtime Stories program earned her a 2nd Emmy Nomination. Shelley sold Think Entertainment in 1993 and retired as a producer.

Shelley Duvall's later career found her a number of different roles. She appeared in the family comedy Home Fries in 1998 playing "Mrs. Jackson", Drew Barrymore's character's mother. Other comedic films Shelley appeared in were Suburban Commando in 1991, and Changing Habits in 1997. She also had cameos in several TV series' such as: Frasier, L.A. Law, The Ray Bradbury Theater, Wishbone, and several others. Shelley returned to the horror genre when she played "Martha Stewart" in The 4th Floor in 1999 and played the role of "Mrs. Stein" in Big Monster On Campus in 2000; which consisted of both the comedy and horror genre.

HoshinoOtaku98 voted for an image 2 days, 10 hours ago

Andyb2 voted for an image 4 months, 3 weeks ago

Andyb2 voted for an image 10 months ago

donpa voted for an image 1 year ago

coffee-boy voted for an image 1 year, 1 month ago

stageactress added this to a list 1 year, 2 months ago
Beatlegirls (28 person items)

Dj Levels voted for an image 1 year, 3 months ago

kathy voted for an image 1 year, 5 months ago

Nerdy Werewolf added this to a list 1 year, 6 months ago
Babes from Toyland (98 person items)

“When I first saw Shelley Duvall in Popeye as Miss Olive Oyl I searched her face and body language intensely. I became infatuated with this lovely lady. No one to me has ever played their role better. She made herself fit the character like no other before her had ever done in any movie. I longed to know her more. But the poor fruit irrigating, ditch digging laborer that I was could not afford the 150 mile drive to hunt for her. So natural acting that no one could touch her performance. I soon returned to normal. But missed her ever now and then. She left and undeniable impact on my life. Better to be me than to strive for another I. Thanks Shelly you are really a sweet person.”

Kendraatje voted for an image 1 year, 10 months ago

narrador nuevo voted for an image 2 years ago

Kendraatje voted for an image 2 years, 5 months ago

bluemelody voted for 6 images [View All] 2 years, 6 months ago