43 votes
When I was 14 these ladies soaked my spleen (30 items)
list by Mass. Patriot
Published 6 years, 5 months ago

17 votes
Should have known her earlier (178 items)
list by clovia
Published 6 years, 5 months ago 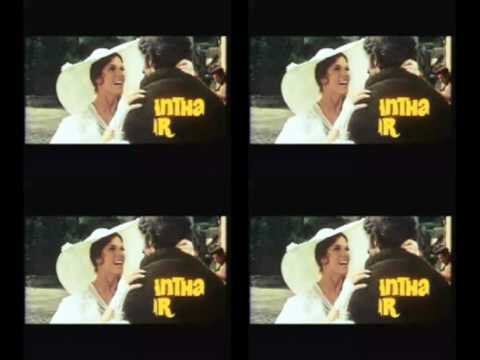 She was born Victoria Louise Samantha Marie Elizabeth Therese Eggar to Ralph (a brigadier in the British Army) and a mother (Muriel) of Dutch and Portuguese descent.

Eggar was brought up as a Roman Catholic and educated at St Mary's Providence Convent, Woking, Surrey.

She began her acting career in several Shakespearean companies and debuted on film in 1962 in 'The Wild and the Willing'. Also in 1962, she played Ethel Le Neve in the film 'Dr. Crippen', alongside Donald Pleasence.

She received a nomination for the Academy Award for Best Actress for 'The Collector' (1965), directed by William Wyler. She won a Golden Globe award for this performance and was also named Best Actress at the Cannes Film Festival.

In 1964, she married actor Tom Stern, with whom she has a son, Nicolas Stern, and a daughter, Jenna Stern. Eggar and Stern divorced in 1971.

Eggar appeared in the films 'Curtains', 'Doctor Dolittle', 'The Molly Maguires', 'Dark Horse', 'The Brood' and 'The Light at the Edge of the World'.

In 1976, she costarred with Peter Falk and Theodore Bikel in the 'Columbo' episode "The Bye-Bye Sky High IQ Murder Case".

In 1997, she provided the voice of Hera in Disney's animated film Hercules. Eggar also had a role in a 1999 picture, The Astronaut's Wife, which starred Johnny Depp.

5. Everything to Gain
View all Samantha Eggar TV (56 more)

Henny voted for an image 1 month, 2 weeks ago

madreporter voted for 8 images [View All] 7 months, 1 week ago

burnodo voted for an image 11 months, 3 weeks ago

Kendraatje voted for an image 11 months, 3 weeks ago

MacGuffin voted for 22 images [View All] 1 year, 3 months ago

TrekMedic voted for 8 images [View All] 1 year, 7 months ago

parryj voted for an image 2 years ago

fantazjusz voted for 34 images [View All] 2 years ago

George posted a comment on this image 2 years, 2 months ago

"khahnie, do you know who the photographer was of these photos?"

TrekMedic voted for an image 2 years, 8 months ago

Ricky voted for 8 images [View All] 2 years, 9 months ago

chloe51 voted for an image 3 years, 1 month ago