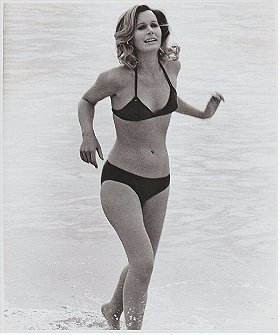 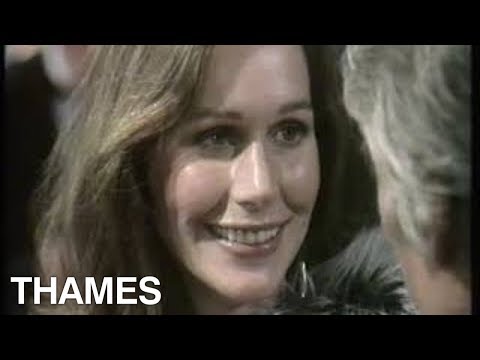 A California native Kellerman was to John Helm Kellerman and Edith Baine (née Vaughn) Kellerman. Raised along with her sister in the San Fernando Valley area, Kellerman was attracted to the performing arts after seeing Marlon Brando star in the film Viva Zapata! (1952). Attending the renowned Hollywood High School as a teenager, she sang in musical productions while there, including a version of "Meet Me in St. Louis". Following graduation, she enrolled at Los Angeles City College but left after a year when enticed by acting guru Jeff Corey's classes.

Initially inhibited by her height (5'10"), noticeably gawky and slinky frame and wide slash of a mouth, Sally proved difficult to cast at first but finally found herself up for the lead role in Otto Preminger's "A"-level film Saint Joan (1957). She lost out in the end, however, when Preminger finally decided to give the role of Joan of Arc to fellow newcomer Jean Seberg. Hardly compensation, 20-year-old Sally made her film debut that same year as a girls' reformatory inmate who threatens the titular leading lady in the cult "C" juvenile delinquent drama Reform School Girl (1957) starring "good girl" Gloria Castillo and "bad guy" Edd Byrnes of "777 Sunset Strip" teen idol fame, an actor she met and was dating after attending Corey's workshops. Directed by infamous lowbudget horror film Samuel Z. Arkoff, her secondary part in the film did little in the way of advancing her career. At the same time Sally pursued a singing career, earning a recording contract with Verve Records.

The 1960s was an uneventful but growing period for Kellerman, finding spurts of quirky TV roles in both comedies ("Bachelor Father," "My Three Sons," "Dobie Gillis" and "Ozzie and Harriet") and dramas ("Lock Up," "Surfside 6," "Cheyenne," "The Outer Limits," "The Rogues," "Slattery's People" and the second pilot of "Star Trek"). Sally's sophomore film was just as campy as the first but her part was even smaller. As an ill-fated victim of the Hands of a Stranger (1962), the oft-told horror story of a concert pianist whose transplanted hands become deadly, the film came and went without much fanfare. Studying later at Los Angeles' Actors' Studio (West), Sally's roles increased toward the end of the 1960s with featured parts in more quality filming, including The Third Day (1965), The Boston Strangler (1968) (as a target for killer Tony Curtis) and The April Fools (1969).

Kellerman's monumental break came, of course, via director Robert Altman when he hired her for, and she created a dusky-voiced sensation out of, the aggressively irritating character Major Margaret ("Kiss My 'Hot Lips'") Houlihan. Her highlighting naked-shower scene in the groundbreaking cinematic comedy MASH (1970) had audiences ultimately laughing and gasping at the same time. Both she and the film were a spectacular success with Sally the sole actor to earn an Oscar nomination for her marvelous work here. She shouldn't have lost but did to the overly spunky veteran Helen Hayes in Airport (1970).

Becoming extremely good friends with Altman during the movie shoot, Kellerman went on to film a couple more of the famed director's more winning and prestigious films of the 1970s, beginning with her wildly crazed "angelic" role in Brewster McCloud (1970), and finishing up brilliantly as a man-hungry real estate agent in his Welcome to L.A. (1976), directed by Alan Rudolph. Sally later regretted not taking the Karen Black singing showcase role in one of Altman's best-embraced films, Nashville (1975), when originally offered.

Putting out her first album, "Roll With the Feelin'" for Decca Records around this time (1972), Sally continued to be a quirky comedy treasure in both co-star and top supporting roles of the 1970s. She was well cast neurotically opposite Alan Arkin in the Neil Simon comedy Last of the Red Hot Lovers (1972) and again alongside ex-con James Caan as a sexy but loony delight in Slither (1973), a precursor to the Coen Bros.' darkly comic films. She also co-starred and contributed a song ("Reflections") to the Burt Bacharach/Hal David soundtrack of the Utopian film Lost Horizon (1973), a musical picture that proved lifeless at the box office.

Kellerman's films from the 1980s on have been pretty much a mixed bag. While some, such as the low-grade Moving Violations (1985), Meatballs III: Summer Job (1986), Doppelganger (1993) Live Virgin (1999) and Women of the Night (2001) have been completely unworthy of her talents, her presence in others have been, at the very least, catchy such as her Natasha Fatale opposite Dave Thomas' Boris Badenov in Boris and Natasha (1992); director Percy Adlon's inventive Younger and Younger (1993), which reunited her with MASH co-star Donald Sutherland, and in Robert Altman's rather disjointed, ill-received all-star effort Ready to Wear (1994) in which she plays a fashion magazine editor.

3. I Could Never Be Your Woman

kidchopper voted for an image 2 weeks, 6 days ago

Agent Kermit D. Fonz added this to a list 7 months, 3 weeks ago
Gone, but not forgotten (1621 person items)

ROADKILL41 voted for an image 10 months, 2 weeks ago

Totoro added this to a list 10 months, 4 weeks ago

tijtij voted for an image 11 months, 2 weeks ago

burnodo voted for an image 2 years, 1 month ago

dvirgueza voted for an image 3 years ago

Kendraatje posted a image 3 years ago

dvirgueza voted for an image 5 years ago

zzzzz1 posted a image 6 years ago

Viro voted for an image 6 years ago

Dragonslayer voted for an image 6 years, 2 months ago