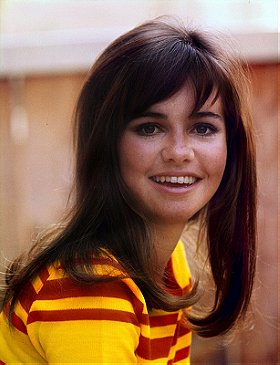 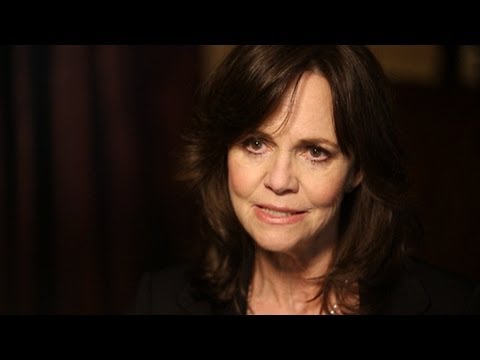 Sally Field on Journey from 'Gidget' to 'Lincoln' 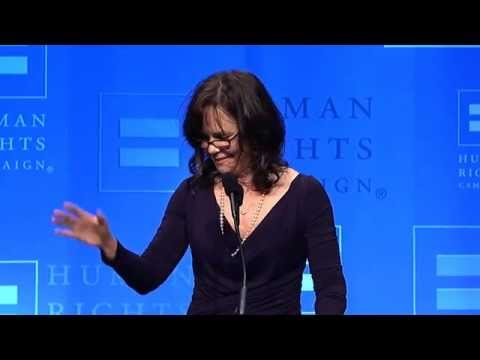 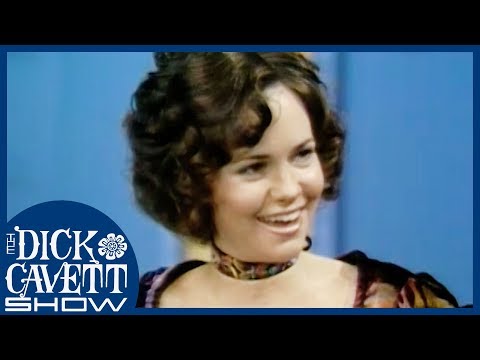 Somewhere along the way Field made her film debut in The Way West (1967) but was more or less ignored by moviegoers over the age of 21. Juggling sporadic work on stage and TV with a well-publicized first marriage (she was pregnant during Flying Nun's last season), Field set about shedding her "perky" image in order to get more substantial parts. Good as she was as a reformed junkie in the 1970 TV movie Maybe I'll Come Home in the Spring, by 1972 Field was mired again in sitcom hell with the short-lived weekly The Girl With Something Extra. Freshly divorced and with a new agent, she tried to radically alter her persona with a nude scene in the 1975 film Stay Hungry, resulting in little more than embarrassment for all concerned. Finally, in 1976, Field proved her mettle as an actress in the TV movie Sybil, winning an Emmy for her virtuoso performance as a woman suffering from multiple personalities stemming from childhood abuse. Following this triumph, Field entered into a long romance with Burt Reynolds, working with the actor in numerous films that were short on prestige but long on box-office appeal.

By 1979, Field found herself in another career crisis: now she had to jettison the "Burt Reynolds' girlfriend" image. She did so with her powerful portrayal of a small-town union organizer in Norma Rae (1979), for which she earned her first Academy Award. At last taken completely seriously by fans and industry figures, Field spent the next four years in films of fluctuating merit (she also ended her relationship with Reynolds and married again), rounding out 1984 with her second Oscar for Places in the Heart. It was at the 1985 Academy Awards ceremony that Field earned a permanent place in the lexicon of comedy writers, talk show hosts, and impressionists everywhere by reacting to her Oscar with a tearful "You LIKE me! You REALLY LIKE me!" Few liked her in such subsequent missteps as Surrender (1987) and Soapdish (1991), but Field was able to intersperse them with winners such as the 1989 weepie Steel Magnolias and the Robin Williams drag extravaganza Mrs. Doubtfire (1993). Field found further triumph as the doggedly determined mother of Tom Hanks in the 1994 box-office bonanza Forrest Gump, which, in addition to mining box-office gold, also managed to pull in a host of Oscars and various other awards.

Following Gump, Field turned her energies to ultimately less successful projects, such as 1995's Eye for an Eye with Kiefer Sutherland and Homeward Bound II: Lost in San Francisco (1996). She also did some TV work, most notably in Tom Hanks' acclaimed From the Earth to the Moon miniseries (1998) and the American Film Institute's 100 Years....100 Movies series. The turn of the century found Field contributing her talents to a pair of down-home comedy-dramas, first with a cameo matriarch role in 2000's Where the Heart Is and later that year as director of the Minnie Driver vehicle Beautiful. Both films met with near-universal derision from critics; only the Steel Magnolias-esque Heart found a modest box-office following.

In 2003, Field took a role alongside Reese Witherspoon in the legal comedy Legally Blonde 2: Red, White, & Bllonde, and in 2006 joined the cast of ABC’s Brothers & Sisters in the role of matriach Nora Walker. The role earned her an Emmy Award for Outstanding Lead Actress in a Drama Series in 2007. The actress was cast in the role of Aunt May for The Amazing Spiderman (2012), and was so revered as Mary Todd Lincoln in Steven Spielberg’s Lincoln that she earned an Oscar nomination for Best Supporting Actress.

Defenestrated Jack added this to a list 2 months ago

David Roffidal voted for an image 2 months, 1 week ago

skipperbrian voted for an image 2 months, 1 week ago

TrekMedic voted for an image 2 months, 3 weeks ago

unclebuck77 voted for an image 2 months, 4 weeks ago

Henny voted for an image 4 months, 2 weeks ago

rickterenzi voted for 10 images [View All] 4 months, 3 weeks ago

coffee-boy voted for 2 images 5 months ago

Agirl voted for 2 images 5 months ago

JxSxPx added this to a list 6 months, 3 weeks ago

"Refusing to be stereotyped as the perky star of TV's Flying Nun, Field reinvented herself as a gutsy movie actress in Norma Rae."

Look Left voted for an image 8 months, 2 weeks ago

Marshall added this to a list 11 months, 2 weeks ago
favorite actress and actors (52 person items)

Darthmasco added this to a list 11 months, 2 weeks ago
Scorpio (303 person items)

TrekMedic voted for 2 images 12 months ago

"Sally Margaret Field (born November 6, 1946) is an American actress and director. She is the recipient of various accolades, including two Academy Awards, three Primetime Emmy Awards, two Golden Globe Awards, and a Screen Actors Guild Award, and she has been nominated for a Tony Award and two BAFTA Awards."

r04n1ez voted for an image 1 year ago

shotswerefired posted a video 1 year ago