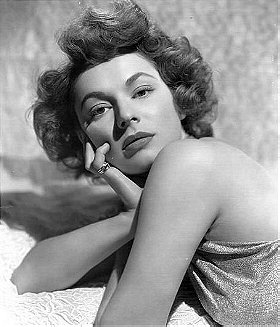 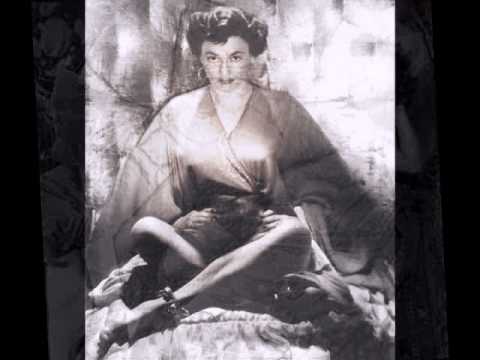 Trying to get into films, Ruth unsuccessfully made the rounds of agents and producers for two years (1940-42), until a bit part as a WAVE came her way in the film Stage Door Canteen (1943). With $200 to her name, she purchased a one-way ticket to Hollywood, where she found shared accommodation with other aspiring starlets - naming it, optimistically, 'the House of the Seven Garbos'. After a screen test with Warner Brothers failed to result in a contract, Ruth had another run of six hard years playing bit parts, many of them uncredited, some ending up on the cutting room floor. A sole speaking part of consequence, was in the titular role of Jungle Queen (1945), a Universal serial (after subsequent acting lessons, Ruth was aghast, when the serial was re-released in 1951).

Ruth finally got her big break when producer Dore Schary cast her (against character, as a murderess) in the RKO thriller The Window (1949). That same year, she successfully auditioned for Stanley Kramer's boxing drama Champion (1949), as the dependable wife of the fighter (Kirk Douglas). After this turning point in her life, the shapely, smoky-voiced brunette secured a contract with Warner Brothers. During the next phase of her career, she moved effortlessly from glamorous and seductive to demure and wholesome, in films opposite stars like James Stewart, Errol Flynn and Gary Cooper. Look magazine billed her as the 'Big Time Movie Personality of 1950', and, by the following year, she received some 500 fan letters per week.

While many of her leads were in westerns (albeit mostly A-grade ones), Ruth was somewhat more memorable in support to Farley Granger (as his upper-crust lover and the raison d'etre for the planned murder of his wife) in Alfred Hitchcock's Strangers on a Train (1951). Another off-beat role was as a gangster's moll in the British-made updated Shakespeare adaptation Joe MacBeth (1955). As Lily, she is the power behind angst-ridden Paul Douglas ('Joe'), who she easily manipulates to do her bidding. In The Bottom of the Bottle (1956), she was at her dependable best as the supportive wife of alcoholic Van Johnson. Arguably, her last noteworthy performance on the big screen was in Alexander Singer's romance/drama Love Has Many Faces (1965).

Kendraatje voted for an image 1 year, 6 months ago

♥Márcia Alice ♡ voted for an image 3 years, 9 months ago

hulkargh posted a image 4 years ago

mychaloh voted for 12 images [View All] 4 years, 4 months ago

Onion Jack added this to a list 4 years, 6 months ago

lechat voted for an image 5 years, 1 month ago

irishblue added this to a list 5 years, 6 months ago
Actresses Forgotten (377 person items)

Viro voted for an image 5 years, 6 months ago