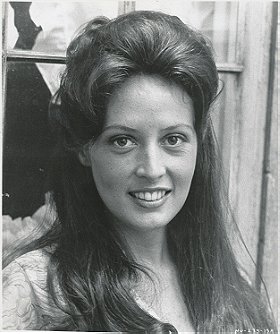 14 votes
The Many Victims of Freddy Krueger (31 items)
list by CartoonDude1995
Published 6 years, 9 months ago

1 vote
View all Ronee Blakley pictures
Ronee Sue Blakley (born August 24, 1945) is an American actress, singer-songwriter, composer, producer and director, she is perhaps best known for her work as an actress. Her most well-known role was the fictional country superstar Barbara Jean in Robert Altman's 1975 film Nashville, for which she won a National Board of Review Award for Best Supporting Actress and was nominated for an Academy Award. She also had a role in A Nightmare on Elm Street (1984).
Tags: Actress (2), American (1), A Nightmare On Elm Street (1), Born 1945 (1), Fish Head (1)
My tags:

CartoonDude1995 added this to a list 6 years, 9 months ago

"Character: Marge Thompson Appearance: A Nightmare on Elm Street (1984) After Nancy covers Freddy Krueger in gasoline and sets him on fire, Krueger rapidly runs to her parents' bedroom and strangles and burns her mother, Marge, to death."