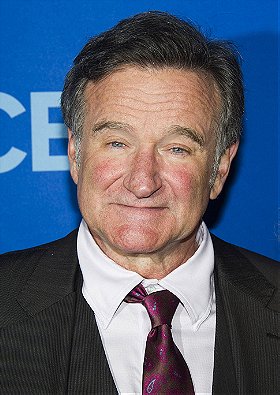 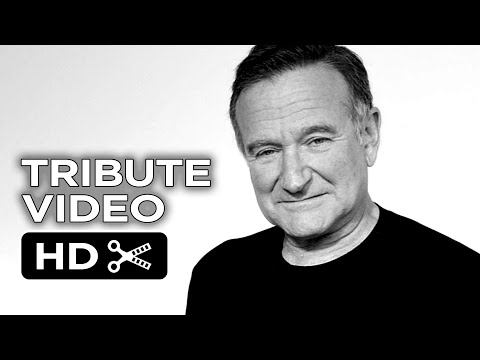 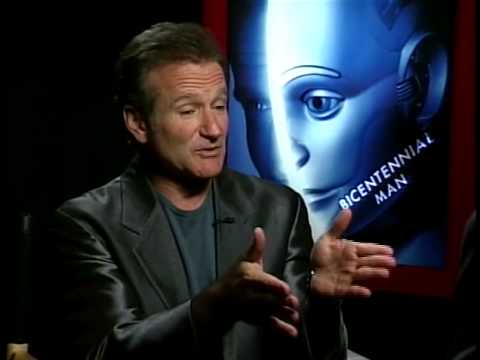 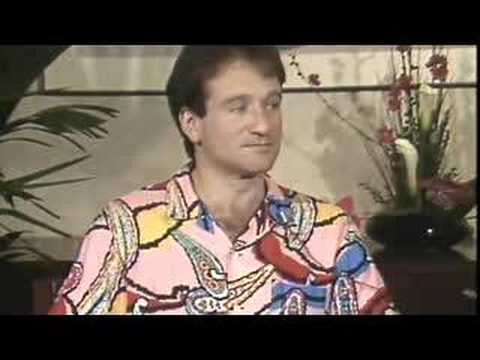 Williams was first noticed for his comical stand-up routines while in San Fransisco, as he breifly studied political science before starting his studies in theatre at both Claremount McKenna College and Julliard Drama School. He was given the role as Mork to play a guest appearance on an episode of "Happy Days" (1974) by Gary Marshall. The episode was so popular that it got Williams his own telivised series, "Mork & Mindy" (1978), which lasted a good four years between 1978 and 1982. The series got him noticed in the acting world, as he began to play roles in movies.

Williams got his first starring roles in the movies "Popeye" (1980), and "The World According to Garp" (1982), neither of which were very succesful, but Williams soon shot back with "Good Morning, Vietnam" (1987) where he was nominated for an Acadamy Award, putting him way out their as an eligable and talented actor. Robin also began some voice acting, as he got the part of the Genie in the Disney movie "Aladan" (1992), showing that he was not only good at acting physically, but good at voice acting as , well. Williams continued with his career, mainly starring in comedic roles such as in "Mrs. Doubtfire" (1993) and "The Birdcage" (1996).

He soon began starring in more dramatic roles such as in "Dead Poets Society" (1989) - where he played an unorthodox English teacher. He continued starring in more drama films which included "Awakenings" (1990), "Good Will Hunting" (1997), and "What Dreams May Come" (1998). After starring in movies such as "Patch Adams" (1998) and "Bicentennial Man" (1999) some began to think of Williams as a stereotype. This caused Williams to take a change of pace in the genre of films he was starring in, and began starring in movies such as "One Hour Photo" (2002) - Where he played a man at a one-hour photo lab who becomes obsessed with a saburban family, and the dark comedy "Death to Smoochy" (2002), as well as "Insomnia" (2002) and "The Final Cut" (2004).

Robin continues to star in movies, and even did another voice acting bit for "Robots" (2005) as Fender. Williams is not only a big time actor, but also helps out with charity too, along with his wife Marsha Graces Williams. His acting career is far from over, as Robin is scheduled to star in quite a few more movies to come in 2006, so you'll be sure to see this funny mimicing comedian on the big screen many more times to come.

Williams states that he began doing impersonations as a child mimicking the Southern accent of his aunt.

Watching his frantic mannerisms and immediate changes in personality, some have speculated that Williams is affected by bipolar disorder, but this has never been confirmed.

He is a staunch Democrat, life-long Episcopalian, and San Francisco resident (he owns a large house in the upper-class Seacliff neighborhood).

He named his daughter Zelda because his son is a devoted fan of the Legend of Zelda video game series.

Williams is a gamer known to enjoy online video games, recently playing the MMORPG World of Warcraft and the first-person shooter Battlefield 2.

3. Koko: The Gorilla Who Talks to People

2. A Night At The Met [EXPLICIT LYRICS]

5. Night at the Met
View all Robin Williams music (3 more)

5. A Night At The Met [EXPLICIT LYRICS]
View all Robin Williams music (3 more)

3. Robin Williams: Live at the Met

2. Robin Williams: Live at the Met

Hollywood People voted for an image 4 days, 17 hours ago

Les Sports voted for an image 4 days, 19 hours ago

yord posted a comment on this image 2 weeks, 4 days ago

Nutella voted for an image 1 month, 4 weeks ago

Agent Kermit D. Fonz added this to a list 3 months, 2 weeks ago

Voyage en Italie voted for an image 4 months, 1 week ago

Alix added this to a list 5 months, 3 weeks ago

Totoro added this to a list 6 months, 3 weeks ago

digasavultr voted for an image 8 months, 2 weeks ago

Monstermaster added this to a list 9 months, 1 week ago
Deceased celebrities i love. (66 person items)

Monstermaster added this to a list 11 months, 2 weeks ago
My Main Transformation Forms. (7 person items)

darthjoker12 added this to a list 11 months, 3 weeks ago

nicolee added this to a list 1 year, 5 months ago