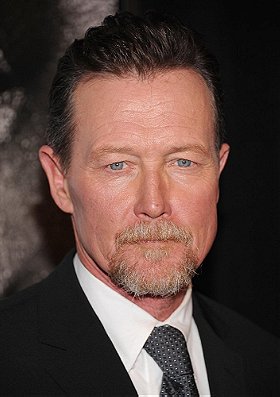 Patrick starred in various direct-to-video television movies, and had a short appearance in Die Hard 2 (1990). His breakthrough role came as the liquid-metal, shape-shifting T-1000 in James Cameron's blockbuster Terminator 2 (1991). After that, he landed roles in various feature films such as Last Action Hero (1993), Fire in the Sky (1993) and Striptease (1996). His performance in Fire in the Sky caught the attention of Chris Carter, creator of the television series The X-Files (1993). After David Duchovny distanced himself from the series during its seventh season, Patrick was cast as FBI Special Agent John Doggett.

On the small screen, Robert was a series regular on Season Six of HBO's True Blood (2008) and also appeared in the final season. He had a memorable role in the final season of Sons of Anarchy (2008), did a cameo role on the sitcom Community (2009), and had a supporting role in Season One on Robert Rodriguez's From Dusk Till Dawn: The Series (2014) for the El Rey Network. In Spring 2017, it was announced that Robert would have a featured role in Gale Anne Hurd's highly anticipated Amazon series Lore (2017), based on the popular horror podcast.

Recent film credits include Universal Pictures' Identity Thief (2013) with Melissa McCarthy and Jason Bateman, Warner Brothers' Gangster Squad (2013) in which he played Josh Brolin's squad member going up against Sean Penn as Mickey Cohan, Trouble with the Curve (2012) opposite Clint Eastwood, Lovelace (2013) opposite Sharon Stone and Amanda Seyfried, Universal's remake of Endless Love (2014) with Alex Pettyfer and Gabriella Wilde, Focus Features' Kill the Messenger (2014) opposite Jeremy Renner, and The Road Within (2014) with Kyra Sedgwick and Zoë Kravitz.

jordanwiles94 added this to a list 1 month, 1 week ago

"DivergedDaryl and Carol come to a fork in the road and head their separate ways. Each going into their own type of survival mode, the easiest of challenges become much harder."

darthjoker12 added this to a list 7 months, 2 weeks ago
Disney/Pixar's Moon (19 movies items)

Kandi voted for an image 1 year, 3 months ago

darthjoker12 added this to a list 3 years, 8 months ago

EatMorePez added this to a list 5 years, 10 months ago