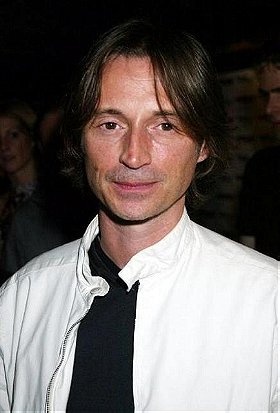 124 votes
When The Villain Steals The Show (30 items)
list by Severin Severin
Published 10 years, 2 months ago

68 votes
The Most Underrated Actors... (32 items)
list by propelas
Published 11 years, 4 months ago

Carlyle is the son of Elizabeth, a bus company employee, and Joseph Carlyle, a painter and decorator. He was brought up by his father after his mother left when Carlyle was four years old. He left school at 16 without qualifications and went to work for his father as a painter and decorator; however he continued his education by attending night classes at Cardonald College in Glasgow

Carlyle became involved in drama at the Glasgow Arts Centre at the age of 21 (having been inspired by reading Arthur Miller's The Crucible), and subsequently graduated from the Royal Scottish Academy of Music and Drama. In 1991, he and four friends founded a theatre company, Raindog (which is now primarily involved in television and film work), and guest starred in The Bill. The same year he starred in his first movie, Riff-Raff, directed by Ken Loach.

In 1994, he played the gay lover of Father Greg in the film Priest. Carlyle's first high-profile role came as murderer Albie Kinsella in an October 1994 episode of Cracker opposite Robbie Coltrane (in which the character killed no fewer than five people, including the character DCI David Bilborough, played by Christopher Eccleston). This highly acclaimed role showcased Carlyle's pure intensity. Shortly after his appearance in Cracker, he landed the role of Highland policeman Hamish Macbeth in the BBC comedy-drama Hamish Macbeth. The series ran for three seasons, from 1995 to 1997.
In 1996 and 1997, he appeared in the two most high-profile roles of his career to date: that of the psychopathic Francis Begbie in Trainspotting and Gaz, the leader of a group of amateur male strippers, in The Full Monty, the latter earning Carlyle a BAFTA Award for Best Actor in a Leading Role. He also starred with Ray Winstone in the 1997 film Face. Carlyle played the senior Malachy McCourt (father of author Frank McCourt) in the 1999 film adaptation of McCourt's first memoir, Angela's Ashes, the arch villain Renard in the 1999 James Bond film The World Is Not Enough, and a cannibalistic soldier in the 1999 Ravenous.

Carlyle appeared in the 2002 Oasis music video for "Little By Little". He played Adolf Hitler in the 2003 miniseries Hitler: The Rise of Evil. In 2006 he played the villain Durza in Eragon. In 2007 Carlyle played one of the main characters in the film 28 Weeks Later. He also played the lead role as a marine engineer, attempting to save London from total devastation in the disaster film Flood. That year he also portrayed Father Joseph Macavoy in the film The Tournament.

In 2008 Carlyle narrated a BBC audiobook version of The Cutting Room. In 2008, Carlyle was cast as Dr. Nicholas Rush in the television series Stargate Universe. His involvement has been described thus, "As [the team fights] to survive, Dr. Rush (Carlyle) works to unlock the mysteries of the ship and return the group home, but evidence of his ulterior motives soon arises." Carlyle was touted by the studio as the "leading role" in Universe. In December 2008, Carlyle appeared in 24: Redemption, a television movie of the popular series 24, starring alongside Kiefer Sutherland.

In 2009, Carlyle appeared in a long-form commercial for Johnnie Walker whisky, titled "The Man Who Walked Around The World", that showed Carlyle walking down a path and talking for six minutes in a single long take. The ad took two days to film. The director, Jamie Rafn, afterwards referred to Carlyle as an "utter genius". He voices the character of Gabriel Belmont, and his counterpart, the immortal Count Dracula in the video game Castlevania: Lords of Shadow, released in 2010.
Beginning in October 2011 Carlyle portrayed Rumpelstiltskin in the fantasy-drama series Once Upon A Time. His recurring role is symbolized not only in the story of Rumpelstiltskin, but also in the classic fairy tale Beauty and the Beast (within the show) as the Beast. He plays a deal maker; an arm and a leg for a little bit of magic from him

Known for his commitment to authenticity in roles, Carlyle has often altered his lifestyle and physical appearance to better understand a character: before playing a homeless character in Antonia Bird's Safe, he went to live in the Waterloo area of London where the film was set; for his role as a bus driver in Ken Loach's Carla's Song, he passed the test for a PSV licence (a licence to drive a bus with passengers) in a Glasgow Leyland Atlantean bus

5. The World Is Not Enough
View all Robert Carlyle movies (33 more)

Milos Davidovic voted for an image 1 year, 2 months ago

lalabellexoxo added this to a list 4 years, 3 months ago
Most Attractive Celebrities 2018 (137 person items)

darthjoker12 added this to a list 4 years, 4 months ago

lalabellexoxo added this to a list 4 years, 8 months ago

hulkargh added this to a list 4 years, 10 months ago
Favorite Actors (42 person items)

lalabellexoxo added this to a list 6 years, 2 months ago
My Hottest Men In Entertainment List 2016 (373 person items)

Deanmon voted for an image 6 years, 7 months ago