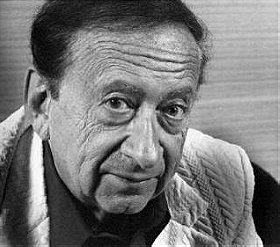 View all Robert Bloch pictures
Robert Albert Bloch (/blɑːk/; April 5, 1917 – September 23, 1994) was an American fiction writer, primarily of crime, horror, fantasy and science fiction, from Milwaukee, Wisconsin. He is best known as the writer of Psycho, the basis for the film of the same name by Alfred Hitchcock. His fondness for a pun is evident in the titles of his story collections such as Tales in a Jugular Vein, Such Stuff as Screams Are Made Of and Out of the Mouths of Graves.
Tags: Writer (1), American (1), Author (1), Deceased (1)
My tags:

2. Bloodcurdling Tales of Horror and the Macabre

4. The Vampire Archives: The Most Complete Volume of Vampire Tales Ever Published