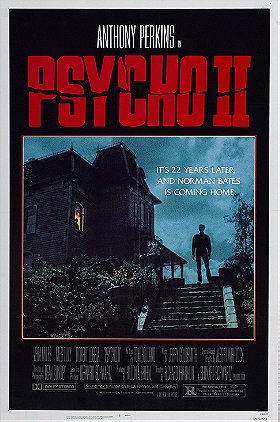 84 votes
Most delayed sequels ever (84 items)
list by johanlefourbe
Published 10 years, 6 months ago 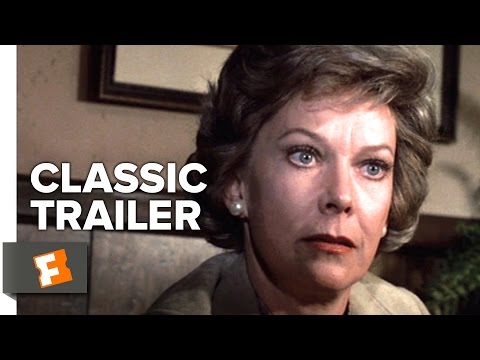 Has far more value than you expect

PvtCaboose91
7 votes
"Just, don't let them take me back to the institution."

It's one thing to create a sequel to an unremarkable blockbuster like The Fast and the Furious, but it's something else entirely to attempt a follow-up to one of the most legendary, acclaimed movies of all time. For all intents and purposes, Alfred Hitchcock's Psycho didn't need a sequel; it's in the same league as films like L... read more

SJMJ91
7 votes
Psycho II is a fairly good sequel to the classic thriller Psycho. It is a sequel that is basically the first film all over again because Norman plays the innocent and "mother" kills. The only difference is that we know that Norman is the killer whereas we didn't in the first film. Psycho II is the sequel of a classic that not many people seem to fully appreciate. No, it isn't good and it isn't bad... read more

BAMF
7 votes
Initial Thought: I really enjoyed the first of this series. I didn't care for the remake though. I thought it was very distasteful and ruined the chilling atmosphere of the original. So I didn't really want to watch these due to that. Now I figured I would go ahead and see them. I'm sure they will be much more enjoyable than the remake of course.

The Wolf added this to a list 5 hours, 34 minutes ago

“Not many people would dare to have mused that a sequel to Hitchcock's "Psycho" was needed, but even fewer people could have predicted that such a film would be as good as this one is. In the hands of a lesser director, this could've been a simple slasher film, or a disrespectful re-hash. Instead, it's a fiercely original, quite brave continuation of a story many thought there was no more of to tell. Director Richard Franklin was a student of Hitchcock himself, and sought to pay respect to his teacher, as well as the character of Norman Bates. Anthony Perkins was quite skeptical of returning to the role, but after reading the script, he saw how thoughtful it was and gave it his blessing. And it's Perkins performance that makes the film, even more so than in the original.The script here dare” read more

Leo posted a video 5 months ago

Agent Kermit D. Fonz added this to a list 8 months, 2 weeks ago
Held Over! Movie Ads In Newspapers (87 movies items)

mirinbuddy added this to a list 1 year, 8 months ago
Last 10 Movies (10 movies items)

mirinbuddy added this to a list 1 year, 8 months ago

Unique added this to a list 2 years, 3 months ago
Favorite Movies (1233 movies items)

Tumppi added this to a list 2 years, 6 months ago
Viimeinen elokuvapäiväkirja 2018 (402 movies items)

"Doesn't come close to the genius of the first but it actually delivers and is respectable for completely different reasons."

Nykä added this to a list 3 years, 3 months ago

Beanie added this to a list 3 years, 5 months ago

" This a top notch sequel, and honestly I even enjoyed it just a little more than the original. It's respectful to it's predecessor while adding plenty of twists, edgier gore and a heftier body count without devolving into blatantly cheap shocks. Clever, classy, creepy and incredibly suspenseful. Hitchcock would've been proud."

CD Smiles added this to a list 3 years, 6 months ago

Agent Kermit D. Fonz added this to a list 3 years, 9 months ago