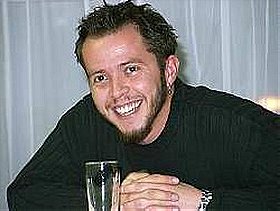 Born in St. Asaph, Wales, Richard began acting at the age of 9. He moved to Vancouver, British Columbia, Canada and at age 14 became a professional actor. After graduating from Vancouver's Richmond Secondary School in 1991, he appeared in a wide variety of guest-starring roles. He is most commonly known for his voice work of Bit Cloud in Zoids: New Century Zero, Ranma Saotome (male) in the later seasons of Ranma ½, and as the title character of InuYasha, which are both series based on the original manga works of Rumiko Takahashi.

By the time he was 16, he won the co-starring role in Black Stallion, opposite Mickey Rooney, where he worked for much of his youth. He has also voiced various characters in several other anime series, including Mobile Suit Gundam, Galaxy Angel, and Gundam SEED (Tolle Koenig and Shani Andras), as well as various American cartoon characters, such as Quicksilver in X-Men Evolution and BurnerMan in Megaman NT Warrior.

Richard, based in Vancouver, Canada, has made a few guest appearances in Stargate SG-1 and its spin-off Stargate Atlantis, as well as bit parts in series such as ER and Psych. He has also appeared on the Canadian television show The Outer Limits and voices Bedtime Bear in Care Bears: Adventures in Care-a-Lot.

For over a decade, Richard was a senior instructor of actors at Tarlington Training in Vancouver, helping develop the acting skills of hundreds of young people and currently teaches film acting at South Delta Secondary School.

He hosts The Show, an internet radio show where he talks about featuring news articles, answers the listeners' questions in a segment called "Ask Richashazz!", calling upon his own experiences, along with that of his co-host and fellow voice actor, Sharon Alexander. ... (more) (less)
My tags:

2. Marvel Battleworld: Mystery of the Thanostones (2020)

1. A Feeling of Home

3. My Little Pony: The Movie