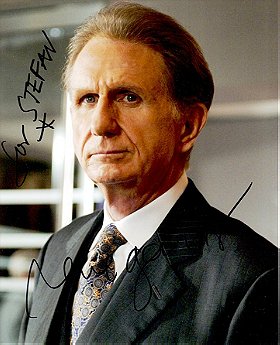 At an early age, René was surrounded by musicians, composers and actors. Among his neighbors were Helen Hayes, Burgess Meredith and John Houseman, who would later become an important mentor. Houseman gave René his first theater job at the age of 16, as an apprentice at a theater in Stratford, Connecticut. René would later teach at Juilliard under Houseman. René attended Carnegie-Mellon University and studied theater completely, not only learning about acting but about the entire process of producing a play. After graduating from CMU, René acted with various theater companies, including San Francisco's American Conservatory Theater and Los Angeles' Mark Taper Forum. In 1969, he won a role in his first Broadway musical, "Coco" (with Katharine Hepburn), for which he won a Tony Award.

Agent Kermit D. Fonz added this to a list 1 month, 4 weeks ago
Gone, but not forgotten (1114 person items)

Queen of Horror added this to a list 12 months ago

TrekMedic voted for 7 images [View All] 1 year, 3 months ago

DuckNation added this to a list 3 years, 4 months ago

browser voted for an image 3 years, 10 months ago