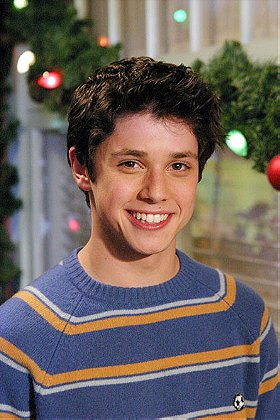 He was born in Israel and moved to the US with his parents shortly after he was born. He has been in numerous stage and screen productions, and was nominated Best Actor by the 1999 Connecticut Critics Circle.

Taught himself how to play drums.

Lived in Los Angeles, California, with an Australian musical duo called the Veronicas.

He was class president while at Fairfield Warde High School.
Fairfield High School [May 2002]

In Sioux Falls, South Dakota, getting into shape for his role in the mega-budgeted live-action adaptation of "Atlantis: The Lost Empire." [February 2005]

lalabellexoxo added this to a list 6 years, 4 months ago

"When I was little I didn't realize how cute he was, but in the last few years after seeing him in "Pixel Perfect" and "Phil Of The Future" again, I wonder why the heck I didn't have a crush on him when I was little. "