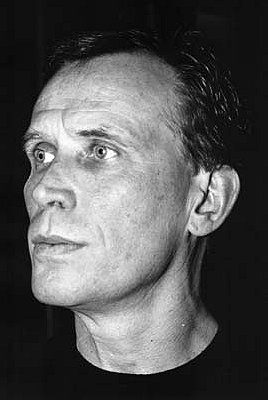 He is best known for his roles as the title character in the first two RoboCop films, the title character in the cult classic The Adventures of Buckaroo Banzai Across the 8th Dimension as well as Naked Lunch. He received an Academy Award nomination for his direction of the 1993 short Partners, in which he also acted. He also hosted the show Engineering an Empire on the History Channel. He played Stan Liddy in the 5th season of the Showtime original series Dexter.

Weller was born in Stevens Point, Wisconsin, the son of Dorothy Jean (née Davidson), a homemaker, and Frederick Bradford Weller, a lawyer, federal judge, and career helicopter pilot for the United States Army. Weller had a "middle-class Catholic" upbringing. As a result of his father's army work, Weller spent many years abroad during his childhood. His family lived in Germany for several years before eventually moving to Texas, where he attended Alamo Heights High School in San Antonio. While enrolled at North Texas State University (now the University of North Texas), he played trumpet in one of the campus bands. He graduated with a Bachelor of Arts in Theatre in 1969, and began his acting career after graduating from the American Academy of Dramatic Arts. ... (more) (less)
Tags: Actor (17), American (10), Born 1947 (6), RoboCop 2 (4), Star Trek (3), Naked Lunch (3), Robocop (3), Star Trek Into Darkness (2), Strangely Attractive (2), Buckaroo Banzai (2), Blue Eyes (2), Male (2), Dexter Guest Star (1), RoboCop Trilogy (1), Alex Murphy (1), Sons Of Anarchy (1), Star Trek Ent (1), Murphy (1)
My tags:

2. In Search of Tomorrow

darthjoker12 added this to a list 2 months, 1 week ago

bombshellbarba added this to a list 4 months, 3 weeks ago

cekadidas voted for an image 4 years, 5 months ago