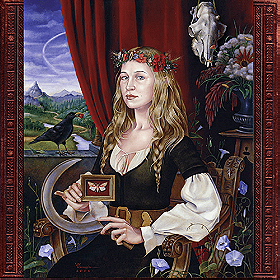 33 votes
My 600 Favorite Albums Of All Time (600 items)
list by Pandoras Folly
Published 8 years, 4 months ago

blargbumpus added this to wanted list 7 months, 2 weeks ago

JxSxPx added this to a list 4 years, 3 months ago
Uncut Magazine - 200 Greatest Albums Of All Time (200 music items)

"Any fan of Joanna Newsom knows that to love her is to defend her. Her acolytes find ourselves defining her by what she is not: Not a waif, not an ethereal woodland sprite, not even really a folk musician. This habitual defensiveness is most common among music critics, who, in our eagerness to subvert a popular narrative, may have inadvertently kept it alive. But the truth is that Newsom long ago shook off the easy and obvious tropes that she initially accrued as a folk-adjacent female harpist. A"