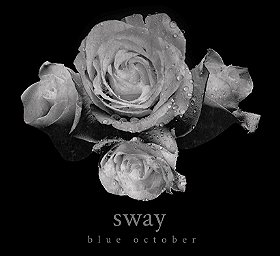 With lush, atmospheric songs such as Bleed Out, 'Angels In Everything' and 'Fear', and the edgy rocker 'Put It In', the Texas fourpiece
comes back strong with a revitalized energy and a positive outlook. As singer Justin Furstenfeld puts it: 'This album is about why
life is so beautiful. It's about facing fears and recognizing miracles every day. It s about enjoying yourself and realizing that life is not
something you can half-ass.' Produced by Justin Furstenfeld and David Castell (who also produced the band s History for Sale and coproduced
the Platinum Foiled), Sway authenticates the strength of Blue October. The songs are moving, emotional and dynamic; the
lyrics are poignant and the sound is breathtaking. ... (more) (less)
Manufacturer: RED GENERAL CATALOG
Release date: 20 August 2013
EAN: 0759707130328 UPC: 759707130328
My tags: