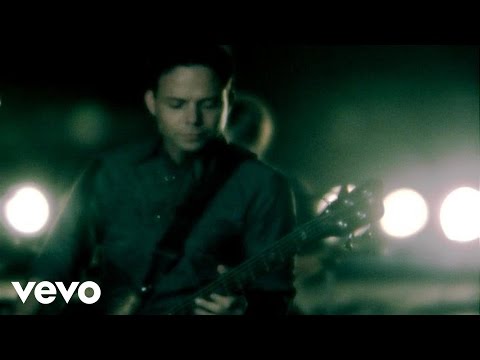 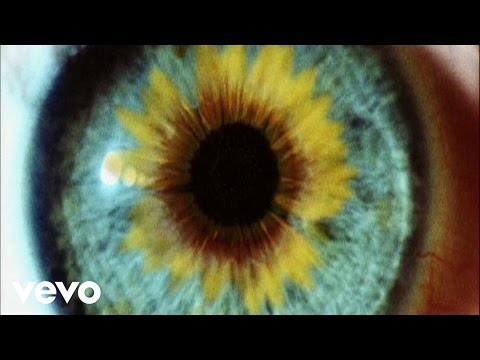 Consent to Treatment is the second album by Blue October. It was recorded at Bay 7 Studios in Valley Village and Media Vortex in Burbank, California, and released in the United States August 15, 2000, by Universal Records. It is the band's first major label album and their only album to feature former member Brant Coulter on guitar as well as their first album featuring Matt Noveskey. The opening track is a spoken word poem written by Justin Furstenfeld and recited by Blue Miller. Ryan Smith sings the female backing vocals on "The Answer" and "Balance Beam."
The cover art was inspired by Peter Gabriel's Sledgehammer video.

History for Sale is the third album by Blue October. The title of the album comes from a lyric in the song "Amazing". It was recorded at Sound Arts Studios in Houston, Texas, and at Stomp Box Studios in Arlington, Texas, and released in the United States on April 8, 2003, by Brando Records. It is the only Blue October album to feature former member Dwayne Casey on bass guitar, and the band's first album featuring lead guitarist C.B. Hudson. The track "Come in Closer" features guest vocals by Zayra Alvarez, who later, on the CBS reality show Rockstar: Supernova, sang the song "Razorblade" on her final episode before being voted off. History for Sale was voted best album in the 2003 Houston Press Music Awards.
The album re-released on Universal Records on August 5, 2003 is largely a response to the control the label placed on the group during the Consent to Treatment production process. The re-released version of the album includes a solo acoustic version of "Calling You" as a hidden track, while the original version of the album includes videos of the band during the recording process.

Foiled is the fourth album by Blue October. The album was certified gold in the United States on August 9, 2006, and on February 22, 2007, was certified platinum. The album is also popular in Canada where it has also achieved platinum status.
The album was recorded during the summer of 2005. Most of the songs on the album are older Blue October and 5591 songs, except for "Into the Ocean" and "Hate Me", which were written in early 2005 while Justin Furstenfeld was living in Los Angeles and recording the early demos for the album. Foiled was originally going to be titled Beyond the Sadness and was to be released October 11, 2005. During the fall of 2005 the working title was changed to Living Just to Watch It All Go By. The eventual album title Foiled was coined by Justin Furstenfeld and Jeremy Furstenfeld's father, Dan Furstenfeld. Two promotional spin-offs, Foiled Again, and Foiled for the Last Time were released in 2007. Foiled was listed at number 150 among Billboard's top 200 albums of 2007.
"Hate Me" is the first single from the album. A video for the song appeared on VH1, and the song peaked at number two on the Modern Rock charts.
The second single, "Into the Ocean", was also successful on radio, and the video peaked at number one on VH1.
The track "Congratulations" features guest vocals by Imogen Heap. The track "Into The Ocean" features guest vocals from Zayra Alvarez (best known for her appearance on Rock Star: Supernova). Other guest singers appear on the song "Overweight" but are not named in the album credits.
"Drilled a Wire Through My Cheek" was also included on the Saw III soundtrack and features guest vocals by Kirk Baxley. It is the "heaviest" track on the album because of its masochistic themed lyrics.
The version of the album released in Europe contains the bonus tracks "Independently Happy" and "Chameleon Boy", from Consent to Treatment and History for Sale, respectively, but does not contain the hidden track "It's Just Me".
A premium version of the album, Foiled for the Last Time, was released on September 25, 2007, which includes fourteen of the Live at Stubb's tracks as well as the remastered "Calling You" and two remixes of "X Amount of Words".

Approaching Normal is the fifth studio album by alternative rock band Blue October. The album was released on March 24, 2009. and debuted at number thirteen on the Billboard charts.
The first single from the album, "Dirt Room" was performed live by the band during concerts in December 2008. Immediately following the concerts, radio stations in Austin, Dallas and Houston put the song into rotation. The single reached radio nationally on January 13, 2009, and was available to digital outlets on December 23, 2008. The song "Say It" is the second single and was released on April 24, 2009. The song "Should Be Loved" is the third single.
Blue October released the song "Graceful Dancing" via an email gift to the public on January 7, 2009. The song "Kangaroo Cry" was released on the NCIS official soundtrack on February 10, 2009 and featured in the coda of the season 7 Christmas episode, "Faith".
The album was released for pre-order on March 3, 2009. The album entered the Billboard chart at #13.
On October 21, 2008, Justin Furstenfeld confirmed the twelve songs to be released on the album and that two versions of the album would be released; one version with explicit lyrics, and one version with censored lyrics. A different bonus track would be included on each version.

Any Man in America is the forthcoming sixth studio album by alternative rock band Blue October. The album was recorded at Matchbox Studios in Austin, Texas between Summer of 2010 and March of 2011, and is scheduled to be released August 16, 2011 through RED Distribution. The album was produced by Tim Palmer, who has previously worked with artists such as David Bowie, Robert Plant, The Cure, U2 and Pearl Jam. The artwork on the album cover is a drawing of Justin Furstenfeld drawn by Tim Palmer's daughter Bluebell, who was three years old at the time.
The songs on the album are largely about Justin Furstenfeld's divorce and custody battle over his daughter.
The first single from the album, The Chills became available for digital download May 31st, and impacted radio June 27, 2011.
On June 9, 2011 the band posted a video of the song The Feel Again (Stay), directed by Merritt Fields, on YouTube. Due to the overwhelming positive response to the video by fans, the band released the song on iTunes five days later. ... (more) (less)
Tags: EXTREMELY UNDERRATED (1), Texas (1), Indie Rock (1), Alternative Rock (1), Rock (1)
My tags: