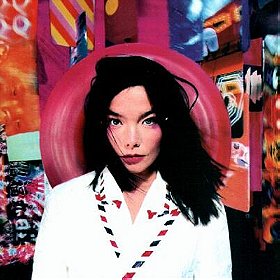 37 votes
My 600 Favorite Albums Of All Time (600 items)
list by Pandoras Folly
Published 9 years, 4 months ago

JxSxPx added this to a list 3 weeks, 5 days ago
RollingStone's The 500 Greatest Albums of All Time (500 music items)

JxSxPx added this to a list 3 years, 7 months ago

"Bjork's artistic stature grew by yards in the course of this strange, affecting work, by turns harshly industrial, meditative and neon jubilant. Essential moment: The soul-feeding beat on "Headphones.""

JxSxPx added this to a list 5 years, 4 months ago

"From the moment you hear the electronic explosion and driving drum beat of "Army of Me" that opens Björk's 1995 album Post, you can tell that the Icelandic singer is not messing around. The album, the follow up to her much-beloved 1993 Debut, is even more emotive and electronically influenced, and is reflective of a move from her small island homeland to London. Björk co-produced the album with a variety of collaborators, but her singular vision is unmistakable here. This is the album that sec"

Ueno_Station54 added this to a list 5 years, 9 months ago