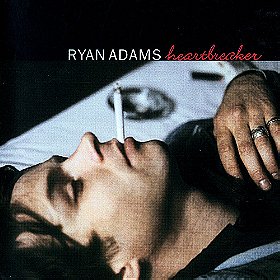 According to Adams, the album's title originates from a poster of Mariah Carey: "My manager called and said, 'You have 15 seconds to name this record,' "My eyes focused on this poster of Mariah wearing a T-shirt that said HEARTBREAKER. I just shouted, 'Heartbreaker!'"

narrador nuevo added this to wanted list 2 years ago

Stehako added this to a list 4 years, 8 months ago

JxSxPx added this to a list 5 years, 6 months ago

"Alt-country motormouth Adams surprised many with his first solo album after the demise of Whiskeytown. Where that group’s records had been rough and rowdy, here was a relaxed, soothing beauty that melted hearts with its smoky, lovesick charms. Standout track: “Come Pick Me Up”"