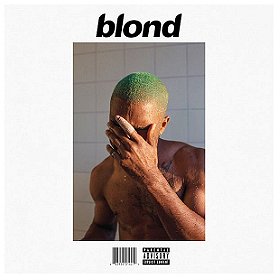 The album features an abstract and experimental sound in comparison to Ocean's previous releases, and includes guest vocals from André 3000, Beyoncé, Yung Lean, and Kim Burrell, among others. Production is handled by Ocean himself, alongside a variety of high-profile record producers, including Malay and Om'Mas Keith, who collaborated with Ocean on Channel Orange, as well as James Blake, Jon Brion, Buddy Ross, Pharrell Williams and Rostam Batmanglij, among others.

Blonde debuted at number one in several countries, including the United States and the United Kingdom, and in its first week recorded sales of 232,000 copies (275,000 with album-equivalent units). Its physical release was accompanied by a magazine entitled Boys Don't Cry. The album was supported by lead single "Nikes". It received widespread acclaim from critics and appeared on the year-end lists of 2016 of many publications. ... (more) (less)
Manufacturer: Boys Don't Cry
Release date: 12 October 2016
My tags:

diodiorno added this to wanted list 3 months, 1 week ago

rollcallaction added this to a list 11 months, 3 weeks ago
The 500 Greatest R&B Albums (235 music items)

joseustaquio rated this 9/10 3 years, 5 months ago

rollcallaction rated this 6/10 4 years, 5 months ago

CD Smiles added this to a list 4 years, 7 months ago