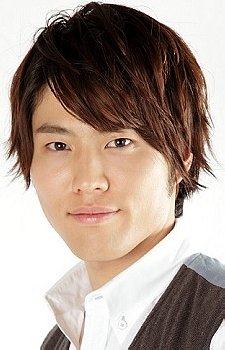 View all Miyu Irino pictures
Japanese actor and voice actor. He voiced Haku in Spirited Away, Shoya Ishida in A Silent Voice, Yuichiro Hyakuya in Seraph of the End, Jinta "Jintan" Yadomi in Anohana: The Flower We Saw That Day, Nuts in Yes! PreCure 5 and its sequel GoGo!, Apollon Agana Belea in Kamigami no Asobi and Sora in the Kingdom Hearts video game series. He released his debut mini-album Soleil on June 26, 2009 and his first single album, Faith, on November 25, 2009. On December 2016, he announced that he was gone hiatus to study abroad, which he had been considering on that time.
Tags: Japanese (1), Short (1)
My tags:

3. Mob Psycho 100 II: The First Spirits and Such Company Trip ~A Journey that Mends the Heart and Heals

4. Mob Psycho 100 REIGEN - The Miracle Psychic that Nobody Knows

5. You're Under Arrest
View all Miyu Irino movies (12 more)

boogiepop1989 posted a image 2 years ago