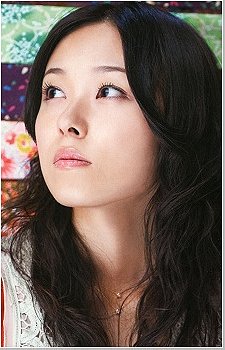 Born in Kobe, Hyōgo Prefecture, at the age of three years, Kotobuki, along with her parents, was caught up in the Great Hanshin earthquake. Not long after having seen a 1997 Japanese film entitled Chikyuu ga Ugoita Hi ("The Day the Earth Moved"), all of these events inspired Kotobuki to pursue her career as a voice actress.

Kotobuki played Tsumugi Kotobuki in K-On!, Karina Lyle/Blue Rose in Tiger & Bunny, Rikka Hishikawa/Cure Diamond in DokiDoki! PreCure, Mitsuko Kongō in A Certain Magical Index and A Certain Scientific Railgun, Yūko Nishi in A Channel, Lana and Cia from Hyrule Warriors , and Natsumi Aizawa in Natsuiro Kiseki, Touko Nanami in Bloom Into You, Asuka Tanaka in Hibike! Euphonium , Yoriko Fukase in A Whisker Away.

Kotobuki performed the opening and ending themes of the 2009 anime series K-On!, alongside Aki Toyosaki, Yōko Hikasa, Satomi Satō and Ayana Taketatsu. She performed the opening theme for Hatsukoi Limited series, with Aki Toyosaki, Ayahi Takagaki and Haruka Tomatsu. The four are affiliated with Music Ray'n, an artist management and publishing group of Sony Music Entertainment. They are currently known as the musical group Sphere and released their first single, "Future Stream", on April 22, 2009.

Coupled with the release of her first album My Stride, Kotobuki had her first solo Japan-wide concert tour entitled Our Stride in 2012 spanning across four dates and venues starting from November 18 in Kobe's International House Kokusai Hall and ending on December 9 in Ōmiya's Sonic City Hall.

Kotobuki is said to be "the fastest learner on how to dance" among her peers as far as her being a member of Sphere goes so much that she even guides the other three members of Sphere on dancing. Even in singing, Kotobuki is said to learn just as fast, "a pro in harmonization" according to her fellow castmate in K-On!, Satomi Satō, and "someone who has good sense in pitch" according to one of K-On's staff members in charge of music.

During her stint in both seasons for K-On!, she and her fellow cast members were involved in two live events, and just like the character she portrayed in K-On!, she was in charge of playing the keyboard in both occasions. She also played the keyboard on some of her own songs during her Our Stride solo concert tour and on Sphere's first 2013 live event, Music Rainbow 02. She also participated in the anime series Aikatsu! and was the voice actress of Kanzaki Mizuki. ... (more) (less)
Tags: Japanese (1), Singer (1), Voice Actress (1)
My tags:

3. Welcome to the Ballroom