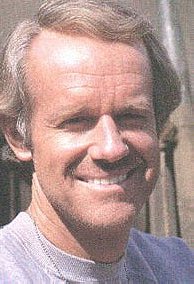 Farrell's big break came in 1975 when Wayne Rogers unexpectedly departed M*A*S*H at the end of the third season. Farrell was quickly recruited for the newly created role of B.J. Hunnicutt, along with co-series' lead, Harry Morgan, who replaced McLean Stevenson, also at the end of the third season, opposite Alan Alda. The most coincidental thing is both Morgan and Farrell were big fans of the M*A*S*H series during its early seasons before they both joined the cast, with Morgan having also appeared as "General Bartford Hamilton Steele" in the season-three episode "The General Flipped at Dawn" (for which he won an Emmy Award for Best Guest Role in a Primetime Comedy Series). He stayed with the series for its remaining eight years on the air. During that time, Farrell wrote five episodes and directed four.
His favorite episode is “The Interview.”
In a recent interview, Farrell discussed the byplay between his M*A*S*H co-stars, David Ogden Stiers and Harry Morgan: "David was like a rock, when he was concentrating, when he was being Charles Emerson Winchester III, you just couldn't get him, except for Harry Morgan. Harry could look at David and reduce him to a puddle of tears without turning an eye. David said, 'When he [Harry] looks at me and flares those nostrils; and he would be gone,' it would be such a wonderful thing to see this great big guy just reduced to a giggling idiot by Harry. Unfortunately, all I can do is to tell you, we had great fun doing the show; and much of it was laughing at some silly gag that one of us had pulled on the others." Farrell continued to stay in touch or to have dinner with his on-screen commanding officer, until Morgan's death on December 7, 2011. Farrell said of his TV commanding officer's death: "He was an imp. As Alan once said, there's not an un-adorable bone in the man's body. He was full of fun, and he was smart as a whip."Prior to Morgan's death, he also added of his mentor's six-decade career: "He was one of the foundational pieces of the industry. Such honors routinely go to stars, but also belong to Morgan and other character actors who provide 'the grit and the substance and the context' for so many films and TV shows," to sum it up, he stated: "Harry has been that, par excellence, for many years."
Since M*A*S*H, Farrell has guest starred in Murder, She Wrote; Justice League; Desperate Housewives; and many others. Farrell played Jonathan Kent in the Superman (1996) animated series, with wife Shelley Fabares playing Martha Kent. He also hosted several "National Geographic Presents" specials and starred in a number of TV movies, including Memorial Day (which he co-produced); Sex and the Single Parent; Prime Suspect; Choices of the Heart; Private Sessions; Vanishing Act; A Deadly Silence; The Price of the Bride; Incident at Dark River; The Whereabouts of Jenny; and Silent Motive. He has done two one-man shows: JFK, a One Man Show for PBS and, on stage, a national tour of David W. Rintels' play Clarence Darrow. In 1983 Farrell starred in the movie Memorial Day.
In 1985 Farrell partnered with film and television producer Marvin Minoff to create Farrell/Minoff Productions, a production company. Together, Farrell and Minoff produced numerous television movies. Farrell and Minoff also executive produced two feature films during their partnership, Dominick and Eugene, a 1988 Orion Pictures film which earned actor Tom Hulce a Golden Globe nomination for best actor.The pair also produced 1998's Patch Adams starring Robin Williams. Farrell and Minoff's professional partnership lasted more than twenty-five years, until Minoff's death in November 2009. ... (more) (less)
Tags: Born 1939 (2), Film Actor (1), Tv Series Guest Star (1), Tv Series Guest (1), Tv Guest Star (1), M*A*S*H (1), Television Actor (1), Still Living (1), Guest Star (1), Korean War Veteran (1), Tv Actor (1), Tv (1), USMC (1), Veteran (1), Actor (1), Male (1), Marine (1), American (1), Military (1)
My tags:

2. Run Till You Fall

2. Run Till You Fall

1. Just Call Me Mike: A Journey to Actor and Activist

1. Just Call Me Mike: A Journey to Actor and Activist