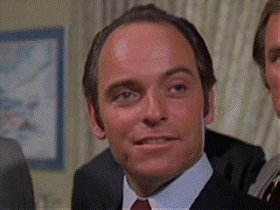 Cavanaugh is the youngest of four boys who all played instruments. When Michael was 7, his parents bought a piano and he began playing immediately.

His first full-time gig as a musician was an extended engagement in Orlando, Florida at a piano bar on International Drive called Blazing Pianos. In January 1999, Michael had the opportunity to play in Las Vegas at the New York-New York Hotel & Casino, where later he happened to catch the attention of Billy Joel in February 2001. Consequently, Michael moved to New York City to work with Billy Joel and Twyla Tharp, who together shaped the Broadway musical Movin' Out. While appearing on Broadway, Cavanaugh and his family lived in Glen Rock, New Jersey.

With the close of Movin’ Out at the end of 2005, Michael began touring on his own, creating a show that reinterprets the modern pop/rock songbook. Michael soon became one of the hottest artists in the corporate events market. He continues to perform worldwide for corporate and charity functions, as well as at sporting events including the PGA Tour, the US Open, and the Indy 500. Symphony orchestras soon began booking Cavanaugh. He accepted his first orchestra engagement, a "Michael Cavanaugh–The Songs of Billy Joel and more" program which debuted in April 2008 with the Indianapolis Symphony; he currently still tours with this production. In October 2008, he signed with ADA/Warner to distribute his first CD titled In Color. ... (more) (less)
Tags: American (1), Born 1942 (1), Still Living (1)
My tags:

1. Movin' Out (Based on the Songs and Music of Billy Joel) (2002 Original Broadway Cast)

1. Movin' Out (Based on the Songs and Music of Billy Joel) (2002 Original Broadway Cast)