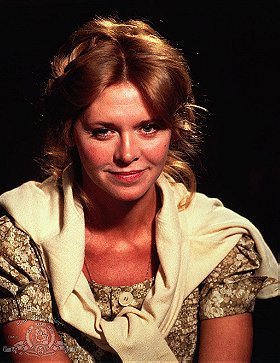 97 votes
Actresses who deserves the Oscar (Since 70s) (46 items)
list by xolmis
Published 8 years, 3 months ago

Though best known for her supporting performances in films, Dillon get her start as an improvisational comedian and stage actress, Her first major role as honey in the original 1962 Broadway production of Edward Albee's Who's Afraid of Virginia Woolf, for which she was nominated for the Tony Award for Best Peformance by the featured actress in a play, and she also appeared in You Know I Can't Hear You When the Water's Running and Paul Sill's Story Theatre.

As a comedienne, Dillon is perhaps best known for a role as a compassionate mother of Ralphie and Randy in Bob Clark's 1983 film a Christmas Story, The film was based on a series of short stories and novels written by Jean Shepherd and follows young Ralphie Parker played by Peter Billingsley on his quest for a BB Gun from Santa Claus.

Five years later she appeared opposite John Lithgow in the bigfoot comedy Harry and the Hendersons, She continued to be active in stage and film throughout the 1990's, taking minor roles in the Barbara Streisland drama The Prince of Tides, The Low-Budget Lou Diamond Phillips thriller Sioux City, and the drama How to make an American Quilt.

Agent Kermit D. Fonz added this to a list 2 days, 6 hours ago
Gone, but not forgotten (1621 person items)

Leo added this to a list 1 week, 1 day ago
Actors with Most Oscar Nominations But Zero Wins (142 person items)

Kyle Ellis added this to a list 4 months, 3 weeks ago

compcua added this to a list 5 years, 3 months ago
Beautiful Women (854 beauty items)

compcua added this to a list 5 years, 3 months ago
Who's the best Princess Fiona ? (56 person items)