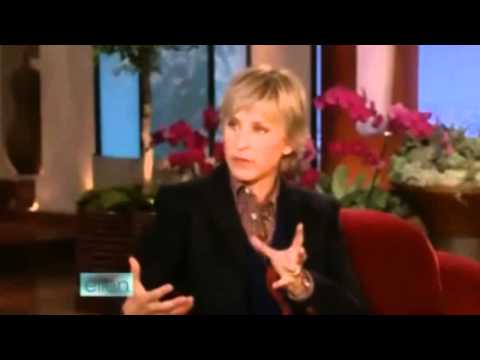 Meg Ryan talking about Daisy on The Ellen DeGeneres show. 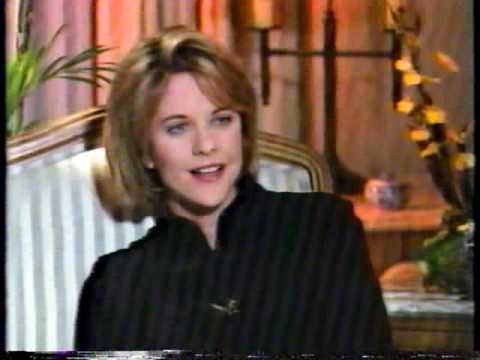 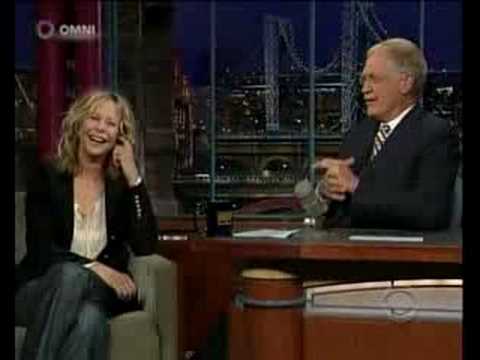 The daughter of a casting agent, Ryan was born Margaret Mary Emily Anna Hyra in Fairfield, Connecticut on November 19, 1961. Raised in New York, she went on to study journalism at New York University. In need of money to pay for her night classes, Ryan turned to acting to raise some extra cash. With her mother's help, she landed a role on a short-lived television series, and then made her film debut in Rich and Famous. The 1981 film -- director George Cukor's last -- cast Ryan as Candice Bergen's daughter, and proved to be a positive enough experience that the young actress was soon looking for more work. A lucky break led to her being cast in the daytime drama As the World Turns, on which she performed from 1982 until 1984.

After appearing in Amityville 3-D (1983), Ryan secured more auspicious work when she was cast as the wife of doomed flyboy Goose (Anthony Edwards) in Top Gun (1986). Although her role was minor, the film's success paved the way for more work for the actress, and the following year she starred in Innerspace, a comedy that cast her as Dennis Quaid's girlfriend. Her onscreen status as Quaid's love interest soon became off-screen reality, and after starring together in D.O.A. (1988), the two married in 1991.

In 1989, Ryan had her breakthrough role as Sally Albright in Rob Reiner's When Harry Met Sally. The following year, she starred opposite Tom Hanks in Joe Versus the Volcano. Although the film received a lukewarm critical and commercial reception, it began an onscreen collaboration between Ryan and Hanks that would prove to be very successful in future films. Before she next appeared onscreen with Hanks, Ryan took an uncharacteristic turn towards the purely dramatic, playing Jim Morrison's drug-addicted wife Pamela in Oliver Stone's The Doors (1991). She received wide critical praise for her portrayal, proving that she was capable of extending her range beyond light comedy. She further demonstrated her capabilities in the dark 1993 drama Flesh and Bone. Her performance as a hitchhiker received strong notices, although the film, which cast her opposite husband Quaid, was largely ignored by audiences.

That same year, Ryan returned to romantic comedy, starring opposite Hanks in Sleepless in Seattle. Nominated for a Golden Globe for her work, she then starred in another romantic comedy, I.Q., the following year. However, 1994 also brought more dramatic roles with Restoration, a period drama that cast Ryan as Robert Downey, Jr.'s doomed love, and When a Man Loves a Woman, in which she played an alcoholic. After further bucking her bubbly persona with a turn as a Gulf War solider in Courage Under Fire (1996) and a somewhat nasty portrayal of a vengeful ex-girlfriend in Addicted to Love (1997), Ryan again starred opposite Hanks in You've Got Mail (1998). Another romantic comedy, it put the actress back in her most successful milieu and was popular among critics and audiences alike. That same year, Ryan had further success starring opposite Nicolas Cage in the romantic drama City of Angels, and essayed the unlikely role of a world-weary exotic dancer in Hurlyburly.

2000 saw Ryan return to comedy, starring alongside Lisa Kudrow and Diane Keaton in Keaton's Hanging Up and also serving as the producer of the supernatural thriller Lost Souls. However, it was Ryan's offscreen activities that same year that truly aroused the public's notice and allowed her to break away from her perky, girl-next-door persona more effectively than any number of dramatic film roles could ever hope to: following the news of her affair with Proof of Life co-star Russell Crowe, Ryan and husband Quaid filed for divorce. Ironically, this real-life drama mirrored the premise of Proof, a romantic drama in which the wife (Ryan) of a man kidnapped in South America enlists the help of a "freelance hostage negotiator" (Crowe) to find her husband, only to enter into an adulterous affair with the negotiator.

In 2001, Ryan took a short break from feature films in order to participate in a documentary titled In the Wild: The White Elephants of Thailand, though she would return to the top of the romantic-comedy It-list in the whimsical Kate and Leopold alongside then rising romantic lead Hugh Jackman. In 2002, Ryan provided interview footage with fellow acting colleagues Whoopi Goldberg, Diane Lane, Teri Garr, and Holly Hunter, among others, in Searching for Debra Winger, which was directed by Rosanna Arquette.

In 2003, the actress reappeared on the scene for the release of In the Cut, a throwback to '70s psycho-sexual thrillers, which premiered at the Toronto Film Festival. In 2004, Ryan stared in Charles S. Dutton's feature-length directorial debut, which is based on the real-life story of Jackie Kallen, a small-time Michigan woman turned successful boxing manager. For her next film, Ryan joined the cast of the 2007 ensemble drama In the Land of Women, and then headlined another ensemble production, The Women, a poorly recieved update of the 1939 George Cukor film with the same name. 2009's Serious Moonlight, directed by Cheryl Hines, would be her last film before she took a long hiatus from acting.

Was called Peggy by family and friends while growing up in Connecticut, where she was homecoming queen at Bethel High School.

Took Ryan, her mother's maiden name, as her surname when she got her Screen Actors Guild card in the late 1970s.

Was studying journalism at NYU when her mother, a casting agent, got her an audition for the role of Candice Bergen's daughter in George Cukor's last film, Rich and Famous (1981); her film debut led to a two-year stint on the soap As the World Turns.

In the fall of 2005, became an ambassador for the humanitarian organization CARE International to help raise awareness of women's issues.

yellowhair voted for an image 2 months, 2 weeks ago

Look Left voted for an image 2 months, 2 weeks ago

Campagnola voted for an image 3 months, 1 week ago 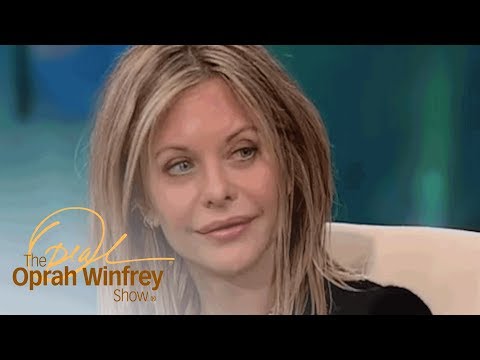 Meg Ryan on Her Divorce

charlieb100 voted for 5 images 4 months ago

UNICEF URGENCE voted for an image 5 months, 3 weeks ago

Henrike voted for an image 5 months, 4 weeks ago

django123 voted for an image 6 months, 3 weeks ago

Henrike voted for 19 images [View All] 6 months, 3 weeks ago

Rock'n'roll voted for an image 6 months, 3 weeks ago

fubard2 added this to a list 7 months, 3 weeks ago
Favorite Person (336 person items)

Watcher voted for an image 7 months, 3 weeks ago

fuskator voted for an image 8 months, 1 week ago

Pierson Bruno voted for an image 8 months, 3 weeks ago

Battleax voted for 6 images [View All] 9 months, 3 weeks ago

looksharp voted for an image 9 months, 4 weeks ago

Szamis voted for an image 11 months ago

"Prelude to a Kiss Kate & Leopold"

Watcher added this to a list 1 year, 1 month ago
Sad surgery (6 person items)

Watcher voted for an image 1 year, 4 months ago