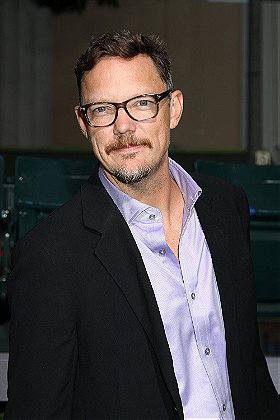 Lillard's next project of any acclaim (following such disappointments as Dish Dogs, The Curve, and Senseless, all made in 1998) was Robert Towne's Without Limits (1998), the critically lauded, if little-seen, story of the life of runner Steve Prefontaine (played by Billy Crudup, with Donald Sutherland as his coach). Lillard's subsequent film, SLC Punk! (1999), met with similarly good reviews, with praise being singled out for both Lillard's performance and that of his co-star, Michael Goorjian. The film told the story of two punks growing up in staid Salt Lake City during the Reagan years and contained the type of small-budget charm lacking in Lillard's next two projects, Wing Commander and She's All That. Both films featured Lillard co-starring with Freddie Prinze Jr., as well as a score of bad reviews. However, while the former also succumbed to dismal box-office performance, the latter met with widespread success, virtually guaranteeing future work for Lillard and his young co-stars. Following the release of such efforts as Summer Catch and 13 Ghosts (both 2001), Lillard would take on the role of the fragile-nerved Shaggy in the live-action adaptation of the enduring cartoon Scooby-Doo in 2002. He appeared in The Baker and The Escapist in 2008, and in 2011 he was cast in the well-reviewed made-for-cable series Homeland. That same year he appeared in the period pot comedy Your Highness.

2. Scooby-Doo and Guess Who?

"In the Name of the King: A Dungeon Siege Tale Hackers Love's Labour's Lost"

Rylvan voted for an image 6 years, 2 months ago