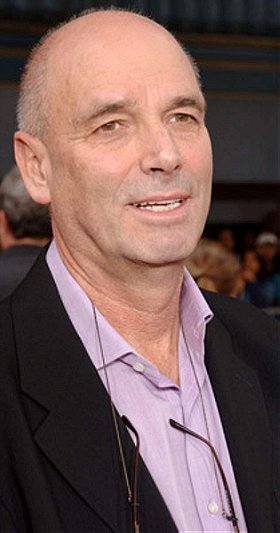 In addition to bringing the legendary 007 to the screen in two distinct features, Campbell also returned another celebrated action hero to the motion picture screen in two movies—that of Zorro, embodied by Antonio Banderas, in the 1998 hit The Mask of Zorro and the 2005 sequel, The Legend of Zorro.

A native of Hastings, New Zealand, Campbell began his career in London as a cameraman for Lew Grade's ATV company. He went on to produce the controversial British feature Scum, as well as Black Joy, which was screened in competition at the 1977 Cannes Film Festival, earning a nomination for the fest's highest honor, the Palme d'Or.

He launched his directing career on the British police action series The Professionals, and continued in the director's chair with the popular BBC series Shoestring and Thames TV's Minder. By the mid-1980s, with his reputation well established as one of the UK's top directors, he helmed two highly praised British productions, the Emmy-, BAFTA- and Golden Globe Award-nominated Reilly: Ace of Spies, and Edge of Darkness, the critically acclaimed BBC miniseries that won six BAFTA Awards, including a Best Series honor for Campbell. The BBC program inspired his most recent feature film of the same name, starring Mel Gibson.

After his stellar work on British TV, Campbell moved into feature films with his Hollywood debut on the 1988 thriller Criminal Law. He went on to direct two more movies, Defenseless and No Escape, before helming GoldenEye in 1995. With a new actor, Pierce Brosnan, in the role, Campbell was credited with rejuvenating the long-running franchise with global box office grosses exceeding $350 million. In 2000, he directed and produced the mountaineering adventure Vertical Limit, which was both a critical and commercial hit, earning over $200 million worldwide.

2. The Mask of Zorro

4. The Legend of Zorro

5. The Mask of Zorro
View all Martin Campbell movies (10 more)

3. The Professionals: A Classic

3. The Professionals: A Classic

MarkusT90 added this to a list 5 years, 10 months ago
My Favorite Directors (92 person items)