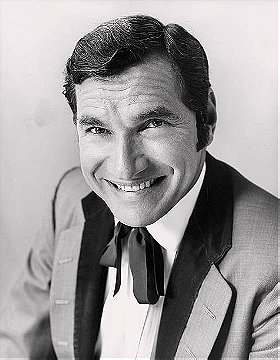 In 1924, Lenard was born under the name "Leonard Rosenson" in Chicago Illinois. His father was Abraham Rosenson, a Russian-Jewish immigrant who eventually owned his own tourist resort in South Haven, Michigan. Lenard was primarily raised in South Haven.

Lenard joined the United States Army in 1943, at the age of 19. He was originally trained as a paratrooper, but was eventually given the position of a technical sergeant. He was discharged in 1946, without ever seeing combat.

During his military service, Lenard served as an an amateur actor in theatrical productions. Following the war, he sought a formal acting education at the University of Michigan. He graduated with a master's degree in theater and speech. For several years, he was primarily a theatrical actor in New York City.

In the mid-1960s, Lenard moved to to Los Angeles, where he hoped to find work in film. He made his film debut in the Biblical epic "The Greatest Story Ever Told" (1965), at the age of 41. He played Balthazar, the Persian magus (Zoroastrian priest, magician) mentioned in the Nativity narrative of the Gospel of Matthew.

Lenard had guest star roles in several other series, such as "Mission: Impossible", The Wild Wild West", "Gunsmoke", and "Hawaii Five-O". He had a recurring role in the comedy Western television series "Here Come the Brides" (1968-1970), playing Seattle-based sawmill owner Aaron Stempel.

Possibly due to his experience in Star Trek, Lenard was often cast as an authority figure in science fiction television series. He played General Urko in "Planet of the Apes", Emperor Thorval in "The Secret Empire", Ambassador Duvoe in "Buck Rogers in the 25th Century", and camp commandant Perel Sightings in "Otherworld".

Lenard had a rare villainous role as Catholic bishop Eberhard Hoffman in the historical film "The Radicals" (1990), depicting the persecution of the then-new Anabaptist movement in the 16th century. He mostly retired from television in 1993, as he had a leading role in a theatrical play which was performed on tour, "The Boys in Autum". He played an elderly Huckleberry Finn who gets reacquainted with his childhood friend Tom Sawyer (played by Walter Koenig). It was Lenard's last significant role.

1. Star Trek: The Next Generation

4. Star Trek: The Next Generation

2. Star Trek: The Next Generation