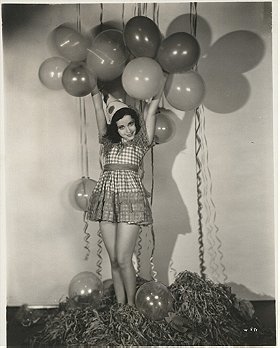 Edgar Kennedy in A Pair of Tights (Full Movie 1929 HD)

She was born in Dayton, Ohio. After following her sister into a short stage career as a singer/dancer, she was given her first movie role as Buster Keaton's leading lady in the film Steamboat Bill Jr. in 1928. From there she was hired by Hal Roach to co-star in short subjects with Max Davidson, Edgar Kennedy, and Charley Chase, but most significantly with Anita Garvin, where tiny (5') Marion was teamed with 6' Anita for a brief (3 film) series as a "female Laurel & Hardy" in 1928–1929.

She left Roach before they made talkies, but she went on working, now in musical features, like the Vitaphone film Broadway Babies (1929) with Alice White, and the early Technicolor feature, Golden Dawn (1930). She never made a big splash, with her parts slowly getting smaller and smaller until they were unbilled walk-ons in films like Meet the Baron (1933) starring Jack Pearl and Hips Hips Hooray (1934) with Wheeler & Woolsey. Her final screen appearance was as a baby nurse to the Dionne Quintuplets in their film, Six of a Kind (1938).

2. The Show of Shows

westly voted for 2 images 8 months ago

Edgar Kennedy in A Pair of Tights (Full Movie 1929 HD)

Onion Jack added this to a list 2 years, 11 months ago