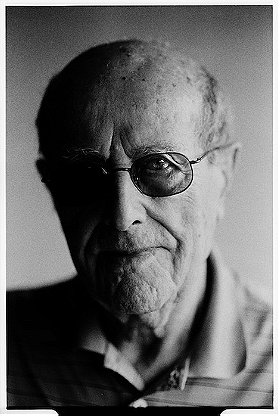 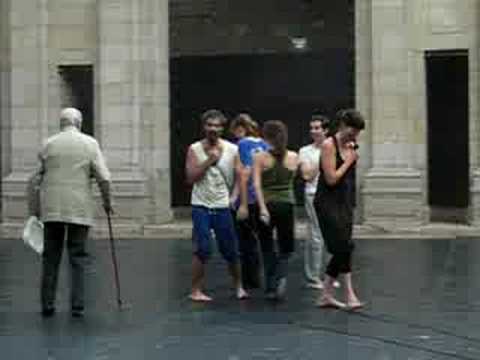 Manoel de Oliveira was born in Porto, Portugal, on December 11, 1908, to Francisco José de Oliveira and Cândida Ferreira Pinto. His family were wealthy industrialists and agricultural landowners.
He attended school in Galicia, Spain, and his goal, as a teenager, was to become an actor. He enrolled in Italian film-maker Rino Lupo's acting school at age 20, but later changed his mind when he saw Walther Ruttmann's documentary Berlin: Symphony of a City. This prompted him to direct his first film, also a documentary, titled Douro, Faina Fluvial (1931).
He also has the distinction of having acted in the second Portuguese sound film, A Canção de Lisboa (1933).

His first feature film came much later, in 1942. Aniki-Bóbó, a portrait of Oporto's street children, was a commercial failure when it opened, and its merit only came to be recognised over time.
This drawback forced Manoel de Oliveira to abandon other film projects he was involved in, and to dedicate himself to running his family vineyard. He re-emerged onto the film scene in 1956 with The Artist and the City, a work that marked a turning point in Oliveira's conception of the cinema.
In 1963, O Acto de Primavera (The Rite of Spring), a documentary depicting an annual passion play, marked a turning point for his career. This was shortly followed by A caça (The Hunt), a grim feature film that contrasted with the happy tones of his previous documentary. Despite the widespread acclaim garnered by both films, he would not return to the director's seat until the 1970s. Since 1990 (when he turned 82), he has made at least one film each year. His film, Christopher Columbus - the Enigma (2007), was shot partly in New York. His 2010 film The Strange Case of Angelica was entered into the Un Certain Regard section of the 2010 Cannes Film Festival.
Manoel de Oliveira has said that he directs movies for the sheer pleasure of it, regardless of critical reaction. He maintained a quiet life away from the spotlights. ... (more) (less)
Tags: Portuguese (1), Director (1), Born 1908 (1), Still Making Movies (1), Oldest Director Alive (1), Died 2015 (1)
My tags:

mirinbuddy added this to a list 6 months, 1 week ago
My 10 Favorite Directors (10 person items)

menmoregodly added this to a list 1 year ago
The Seventh Art: Favorite Directors (14 person items)