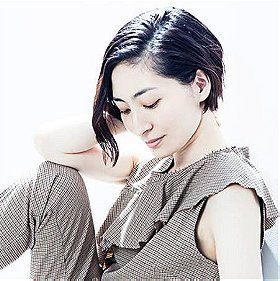 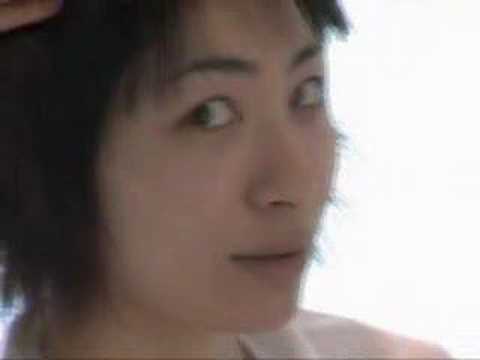 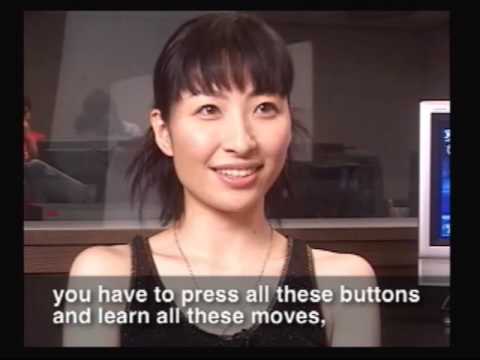 In the Japanese localization of overseas dubs, she has voiced Padmé Amidala in the Star Wars films and series, as well as performing the dub voice for Natalie Portman in numerous films.

As a singer, she has performed songs in both English and Japanese. She released her debut single "Yakusoku wa Iranai" in collaboration with Yoko Kanno under Victor Entertainment on April 24, 1996. Her singles "Tune the Rainbow", "Loop", "Ame ga Furu", and "Triangler" have all reached the top 10 Oricon singles chart: "Triangler" in particular charted at number 3 and remained charting for 26 weeks. Her albums have had similar success, with Shōnen Alice and Yūnagi Loop both reaching the top 10 Oricon albums chart; and her album You Can't Catch Me, released on January 12, 2011, became her first release to ever reach number 1. She held a concert at the Nippon Budokan on March 31, 2010, her thirtieth birthday.

Biography:
Born in Tokyo, Sakamoto grew up in a family formed by her parents and her older brother. She started working as a voice actress in a very early age and the first leading role she was given was in the 1993 OVA Little Twins.

In 1996, she was given the role of Hitomi Kanzaki, the leading role in the TV anime series The Vision of Escaflowne. For this anime she also performed the opening theme, which was released as her debut single on April 24, 1996. The single was produced by Yoko Kanno, who was also in charge of the soundtrack for Escaflowne. Her first album, titled Grapefruit, was released on April 23, 1997. Since then, Sakamoto would perform theme songs for several anime series, including Clamp School Detectives (1997), Record of Lodoss War (1998) and Cardcaptor Sakura (1999). Since her very debut, all of her music was produced by Yoko Kanno and her music crew, which includes a selected number of musicians including Yūho Iwasato, Gabriela Robin, Shanti Snyder, and Tim Jensen. Since her debut, Sakamoto worked almost exclusively with Kanno and company for almost a decade. Apart from her work as a voice actress and singer, in October 1996 Sakamoto also debuted as a radio host presenting her own program, Sakamoto Maaya no Naisho-banashi, on radio station Nack 5.

In 2003, Sakamoto made her debut as a theatre actress on the Japanese version of the musical Les Misérables, playing the role of Éponine. This year she also starred in her first TV drama Suekko Chounan Ane San-nin, and also played the leading role in the short film 03† directed by Hidenori Sugimori. On the other hand, Sakamoto's 11th single "Tune the Rainbow", released on April 2, 2003, became her first Top 10 single in Japan, peaking at number 9 in the Oricon weekly charts. Her fourth album, Shōnen Alice, released on December 10, 2003, became her first Top 10 album on the Oricon charts and also her last record to be produced exclusively by Yoko Kanno; since this release Sakamoto would involve further in the music making process and production of her records. Her fifth album, Yūnagi Loop, released on October 26, 2005, was her first co-produced by herself along with musician Mistuyoshi Tamura, whom she would continue working in her subsequent records. This album's lead single, "Loop"—ending theme for TV anime series Tsubasa Chronicle—peaked at number seven on the Oricon charts, also becoming her highest chart peaking single at that time.

In 2008, Sakamoto and worked once again with Yoko Kanno for her 15th single, "Triangler", which was used as opening theme for the TV anime series Macross Frontier. "Triangler" became a big hit, peaking at the Top 3 single of the Oricon charts. The single ended up becoming Sakamoto's biggest selling single to date, with more than 90,000 copies sold. The song was later included in Sakamoto's sixth album, Kazeyomi, which was released January 2009 and also peaked within the Top 3. For promoting this album, Sakamoto began her first low-scale national tour, on which she held three concerts in Nagoya, Osaka and Tokyo. The tour was later released as her first live DVD on August 11, 2011.

In 2010, Sakamoto celebrated her 15th anniversary in the entertainment industry, releasing on March 31—her 30th birthday—her greatest hits album Everywhere, and also holding a concert at the Nippon Budokan. also in 2010, Sakamoto was playing the role of Ritsuko Nonomura in Japanese musical adaption of the South Korean movie A Moment to Remember, along with Rina Chinen and Rina Uchiyama (best known for starring in Strawberry on the Shortcake, Good Luck!!, Fire Boys, Memories of Matsuko). In 2011, her seventh album You Can't Catch Me became her first album to reach the first stop of the Oricon charts.

Her 2012 Mitsubachi tour concluded with an announcement at her New Year's Eve concert of a new full-length album of songs written and composed solely by Sakamoto, as well as a short concert tour to support it. The album, titled Singer Song Writer, featured two new versions of Sakamoto's previous compositions "Everywhere" and "Chikai", as well as eight original tracks.

Collaborations
Sakamoto first teamed up with composer Yoko Kanno in her 1996 debut single, "Yakusoku wa Iranai" ("Promises Not Needed"), which was used as the opening theme for the anime series The Vision of Escaflowne. Kanno collaborated with Sakamoto up until her fifth album, Yūnagi Loop, which has no songs composed by Kanno. Sakamoto also performed three songs for the series Wolf's Rain, for which Kanno was the composer: "Gravity" (which is sung completely in English), "Tell Me What The Rain Knows" (with lyrics by Chris Mosdell) and "Cloud 9". She performed "Hemisphere", the opening theme of the series RahXephon, as well as two songs for the series' theatrical version RahXephon: Pluralitas Concentio: "Tune the Rainbow" and "The Garden of Everything" (duet with Steve Conte). In 2008, Sakamoto and Kanno collaborated again for "Triangler", the opening theme song for the series Macross Frontier. She also performed the song "cream" with HIDE, which was featured in the Ghost in the Shell: Stand Alone Complex mini album be Human. She was one half of the voice acting duo Whoops!!, alongside Chieko Higuchi.

SomethingCoolIDK added this to a list 4 years, 1 month ago